OKARA (92 News) – At least six terrorists of a banned organization were killed during an operation conducted by the law enforcement agencies in Chak 28-R near Okara on Wednesday. As per details, on a tip off the presence of terrorists, police and intelligence agencies carried out a joint raid in Okara’s Chak 28-R. During the raid, the terrorists opened firing, in retaliation, six terrorists of a banned organization were killed on the spot while two security personnel were also injured in the exchange of fire. The law enforcers have also recovered weapons including Kalashnikovs, rocket launchers and detonators, explosive material and maps of sensitive locations from the possession of killed terrorists. 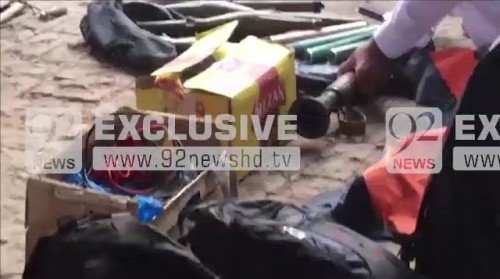