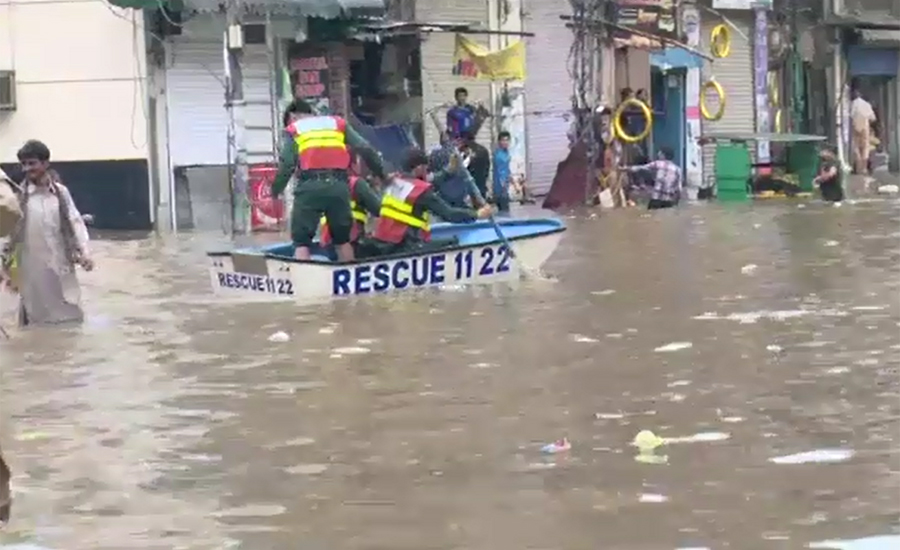 LAHORE (92 News) – Six people were electrocuted while several others injured in different incidents during the incessant rain continuing since Monday night. Several areas were inundated after the rain. As many as 300 feeders tripped, disrupting the power system in the city. A big crevice in the mid of GPO Chowk, the Mall Road blocked traffic from all sides. The Rescue 1122 staff had to utilize boats to rescue the people trapped in their houses. Knee-deep water accumulated in the constituency of Khawaja Saad Rafique. After the rain, rainwater from drain inundated Walton Road.