DUBAI (92 News) – Bilal Asif, the debutant 33-year-old off-spinner, returned 6/36 in Australia’s first innings in the first of two Tests in Dubai.
It has been a long wait for Asif. A late bloomer, Asif did get a chance in one-day international cricket back in 2015, and didn’t do badly, but it took another three years for a second chance – this time, he has made it count. “I’ve been struggling for the last few years. I made my debut in 2015 against Zimbabwe and, after that, and I’ve made my debut in Tests after three years. So it’s been a long time. I’m working hard at the NCA (National Cricket Academy) and the guys are working very well with me. But I’m here now, I’m happy,” he said after his first-innings heroics.

You know that the wickets in the UAE suit the spinners more, so I tried to vary my pace a little bit

“Feeling really happy. I have picked up six wickets in the first innings, now I will try to make this as good a debut as I can and keep contributing to Pakistan’s cause.” Asif is no stranger to big hauls. In fact, in his second ODI – against Zimbabwe in Harare – he returned 5/25 in a seven-wicket win, even opening the batting in the same match and scoring a 39-ball 38. But he didn’t get a wicket in his two other outings, one more in Harare and then against England in Abu Dhabi, and was discarded. 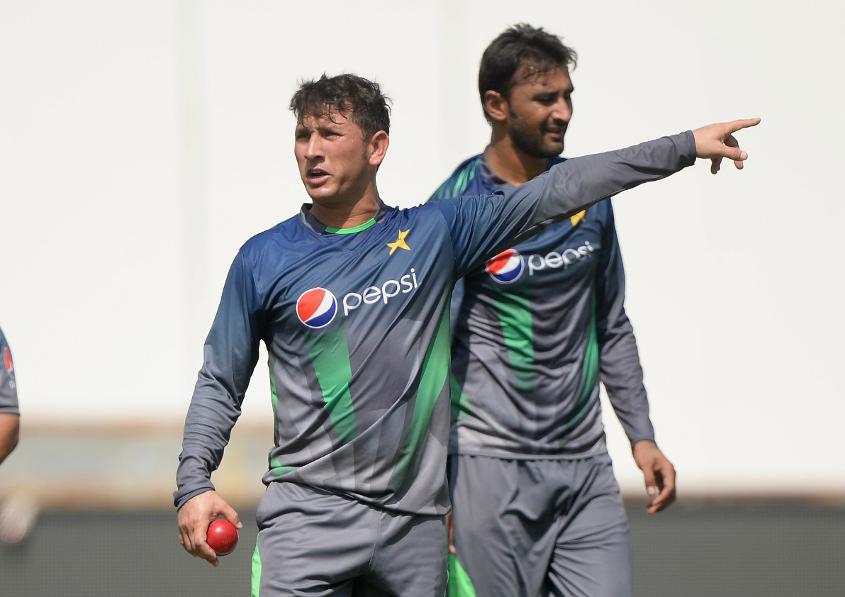 Though out of the frame, it’s not like he didn’t get help. In fact, Mushtaq Ahmed, the former international leg-spinner and now Pakistan Assistant Coach, worked with Asif. “I was at the NCA camp where I worked with Mushy bhai. I need to really thank him for the work he did with me. I have been working with him in the last three years. I got the reward today – credit goes to Mushy bhai who has always supported me on and off the field,” Asif said. He used the time to improve his bowling, and as he says, ‘you can see the results’. 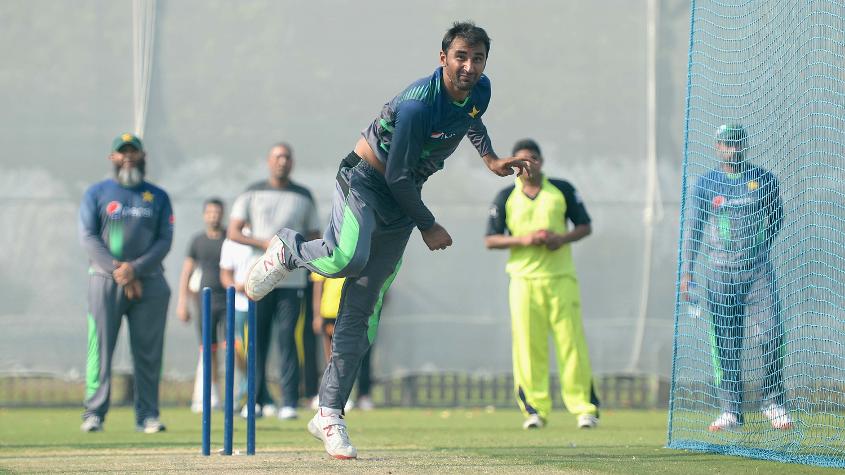 “I have been bowling a long time, bowling in first-class and one-day cricket in Pakistan, so you have an idea of what to do on what sort of pitches, what help you can get. So you look at the wicket, and you know that the wickets in the UAE suit the spinners more, so I tried to vary my pace a little bit. Thanks to the almighty, the result was good,” he said. Against Australia, again, he took his time before striking. Replying to Pakistan’s 482, Australia had reached 142 without loss, with Aaron Finch and Usman Khawaja striking half-centuries. Paceman Mohammad Abbas (4/29) got the first breakthrough, and Asif then took over, overshadowing his more illustrious spin partner Yasir Shah, who went wicketless. “Making your debut, there is a pressure. In the first session, I couldn’t bowl well, I wasn’t feeling fell. So my teammates supported me a lot and they gave me confidence that you can do it,” Asif said.