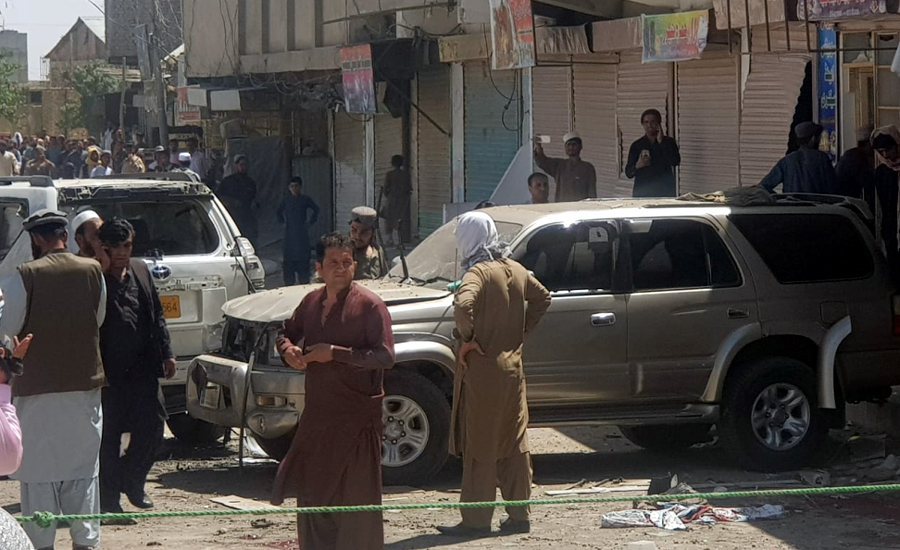 CHAMAN (92 News) – As many as six people were killed while 21 others injured in a blast in Chicken Market on Friday.

The rescuers shifted the bodies and injured to hospital. The blast occurred near the vehicle of a leader of the JUI (Nazrayati).

However, JUI (Nazrayati) naib ameer Qadir Loni, who was coming to attend a rally against Israel, critically injured.

He was leading a rally taken out by the Jamiat Ulema-e-Islam in solidarity with Palestine.

The injured people and bodies have been moved to the hospital. The deputy police officer of Chaman said that the explosives were installed on a motorbike.

The bomb disposal squad and FC personnel have reached the site and have cordoned it off. A search operation is under way.

Balochistan spokesperson Liaquat Shahwani condemned the attack and offered condolences to the families of the bereaved.

He also said that they have no alert regarding the blast.