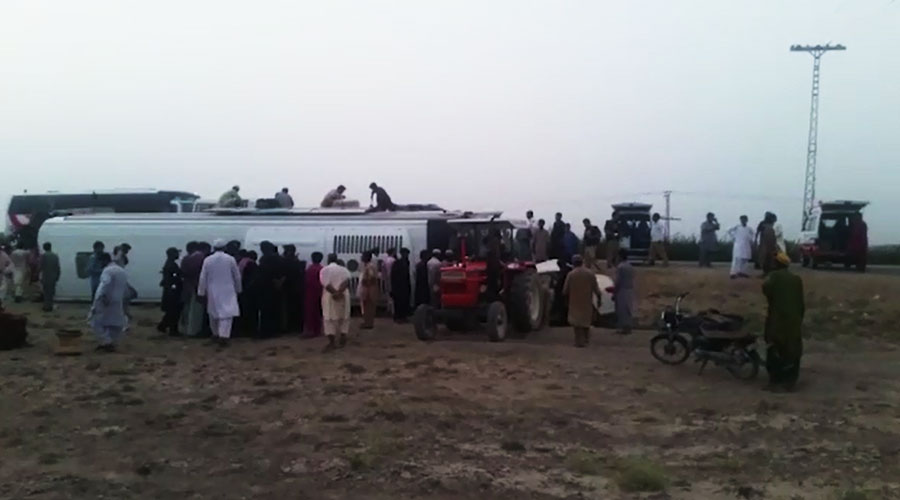 SHIKARPUR (92 News) – Six people have died and more than 15 injured in a road accident on Indus Highway, near Numnara in Shikarpur district. According to the details, the incident occurred when a passenger van hit a car on the highway. Six including three women killed during the traffic accident. The injured persons have been shifted to the nearest hospital. Earlier, in a tragic road accident, at least 12 people were killed while five others injured when a passenger van caught fire after hitting the walls of toll plaza in Islamabad. A passenger van collided with the toll plaza due to over speed. Immediately, the passenger van caught fire and passengers were removed after cutting the van. The van was coming from Sargodha to Islamabad carrying 17 passengers. However, Motorway police said 17 passengers were in the van which was coming from Sargodha. Nine people died at the moment where 8 other injured were rushed to PIMS hospital. Three people succumbed to their injuries in hospital. Motorway police further said it seems the driver of the van with registration number LES-7070 slept during the drive. PIMS hospital administration said the condition of 5 other injured was also critical and the process of identification of deceased is underway. It is noteworthy that around 36,000 people were killed in road accidents across the country last year, reported in a report by media.