UPPER DIR (92 News) - At least six people were killed and 19 others wounded after a remote-controlled explosive device planted in a car exploded in Gamadand area of Upper Dir, local authorities said Sunday. According to the district police officer chief Mian Naseeb Jan, the time device was blown up through a remote-control when the car was being driven. Among the wounded are three police officers, he said, adding the targeted victims belonged to Peace Lashkar. The bodies as well as the injured were shifted to a local hospital while security forces cordoned off the area. 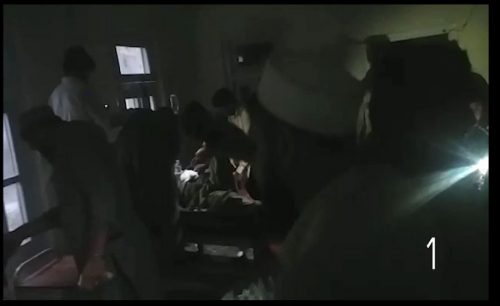 According to 92 News, the ill-fated victims were going to attend a funeral in the area at the time of the incident. Khyber-Pakhtunkhwa (KP) Information Minister Shaukat Yousafzai also confirmed that four people had been killed in the blast He, however, termed the incident linking to on old enmity, saying the feud over Haji Moutabir Khan's property had been going on for some time and both parties had launched numerous attacks on each other. Haji Moutabir Khan survived two suicide attacks in the past and the injured police officers were assigned for his security, the minister said. Security forces and police cordoned off the area and launched search operation. The internet and cell phone services were temporarily suspended. https://www.youtube.com/watch?v=R7y54qeBG-Y