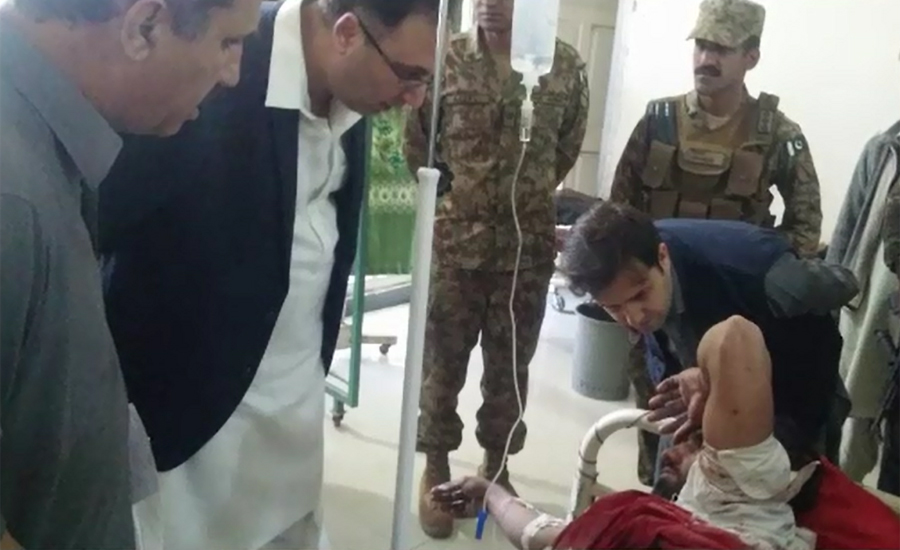 PESHAWAR (92 News) – Six people were killed while eight others injured in a blast in Mir Ali, North Waziristan on Tuesday. According to the political administration, the blast was carried through a blast fitted in a motorcycle parked along the road. The blast occurred near a vehicle carrying recruits. Three passers-by are among the injured. The security forces shifted the martyred and injured people to hospital.