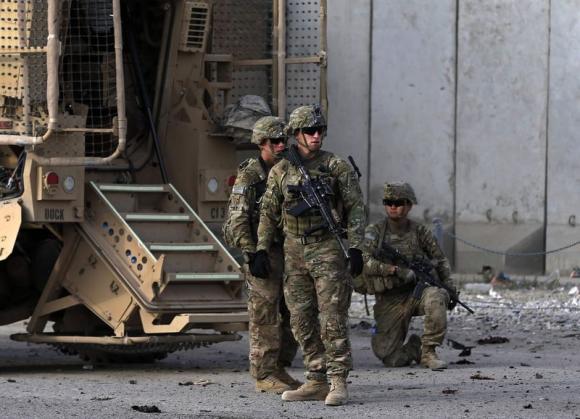 KABUL - Six people were killed and more than 30 injured in a suicide bombing in the Afghan capital on Wednesday that struck close to the presidential palace in the heart of the city, the Interior Ministry said. The suicide bomber had been travelling in a vehicle packed with explosives and it was not immediately clear what the target of the attack had been. "It was a suicide attack and I saw someone lose a limb and another person lose a hand," said Mohammad Tahir, a driver, whose hands were covered in blood as he fled the area. The blast interrupted a period of relative peace in the city, after a bomb targeted an influential provincial police chief visiting Kabul from Uruzgan province last week. The capital along with strategic provinces across the country are on high alert ahead of the expected start of the yearly Taliban spring offensive. The militant group ousted by the US-led invasion in 2001 is waging a insurgency against the Afghan government and its foreign backers. Almost 3,700 civilians were killed and more than 6,800 were injured in the conflict last year as fighting intensified and foreign troops withdrew, formally ending their combat role in December last year. - Reuters