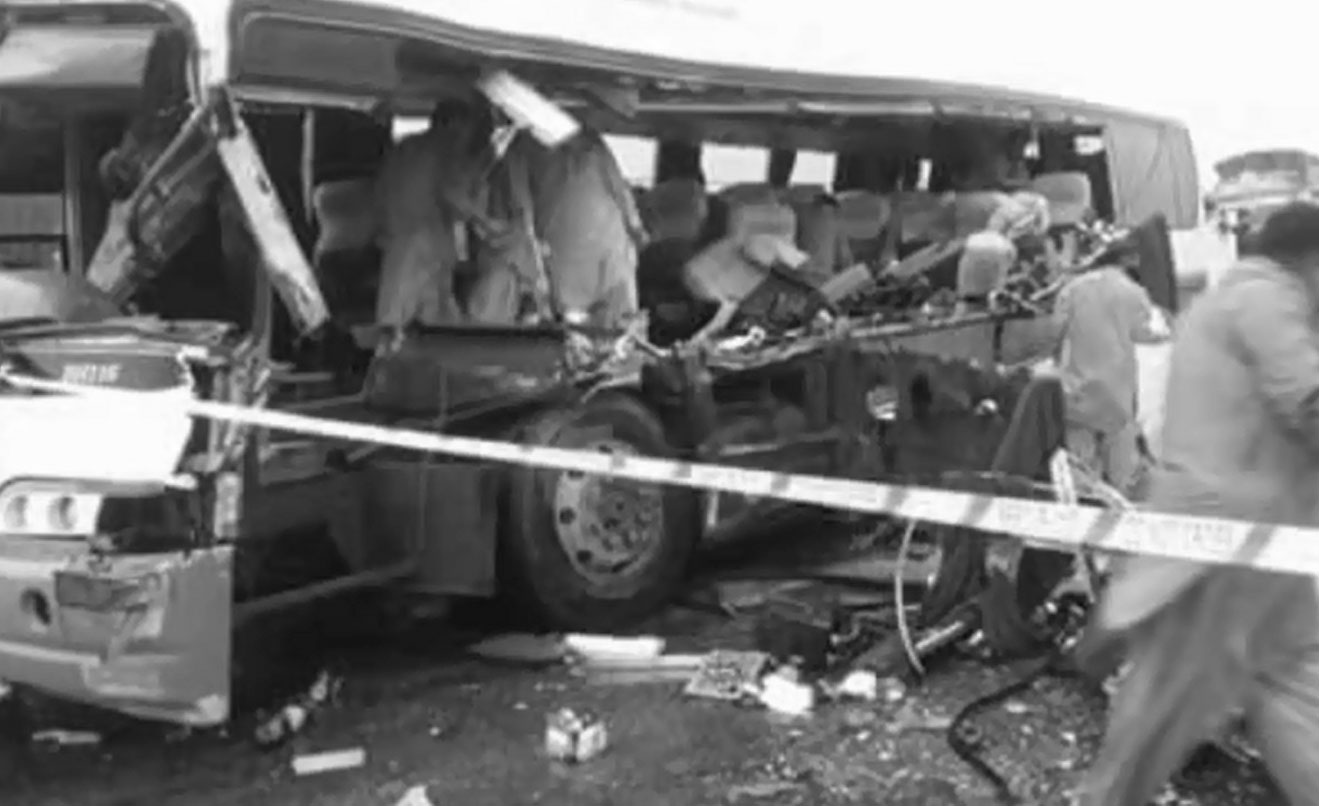 RAHIM YAR KHAN (92 News) – At least six persons were killed and many injured after a passenger bus collided with truck at Fatehpur area in Rahim Yar Khan on Monday. As per details garnered, the rescue teams arrived at the scene and all of the injured were shifted to the Shaikh Zayed Medical Hospital in Rahim Yar Khan. The tragic accident took place on the National Highway due to the over speed of the vehicle. in another incident, thousands litre of petrol has been flown due to the flipping of oil tanker in Attock. Rawalpindi road has been cordoned off from both the side. The process to empty out fuel from the oil tanker has begun, as rescue teams reached the crash site immediately. Officials further called a bulldozer to cover spilt oil with sand in order to prevent any unfortunate incidents.