Six terrorists gunned down by security forces in Okara 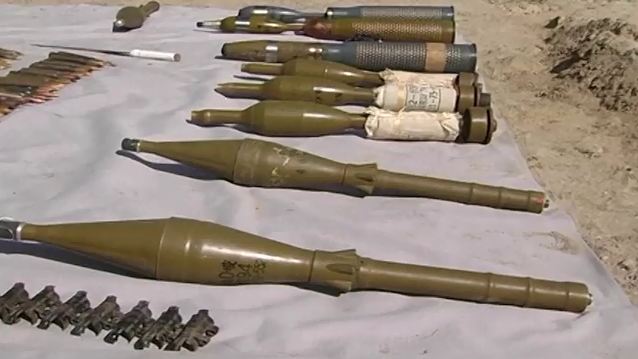 Six terrorists gunned down by security forces in Okara

OKARA (92 News) – The Security Forces have on Sunday gunned down six terrorists, while 13 others managed to flee during a raid conducted in 28-2L area of Okara. As per details, on a tip off the presence of terrorists in the area, the police and intelligence agencies carried out a joint operation in 28-2L area of Okara. During the operation, the terrorists hiding in the area opened firing at the law enforcement agencies, in retaliation six terrorists were killed on the spot while 13 others managed to escape. The law enforcers have recovered huge cache of weapons including Kalashnikovs and hand grenades and explosive material. Security forces have also recovered foreign currency including Indian currency from the hideout of the terrorists.