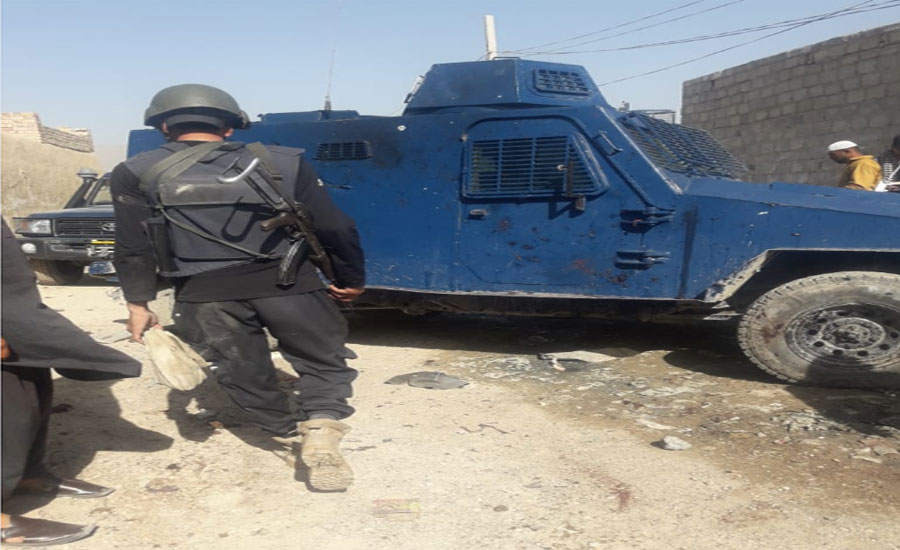 QUETTA (92 News) – Six terrorists including a woman were killed during an intelligence-based operation near Eastern Bypass in Quetta in the wee hours of Wednesday. A CTD official said that the personnel from Counter Terrorism Department and intelligence agencies conducted a joint operation on a tip-off near Quetta’s Eastern Bypass during which the terrorists hiding in the area opened fire and injured security officials. The exchange of gunfire between the alleged terrorists and the security men were continued several hours. An alleged suicide bomber blew himself with a huge blast, according to the CTD spokesman. One martyred and four troops are said to have sustained injuries in the operation. The law enforcement agencies foiled the bid of terrorism in province’s capital and completed operation successfully after killing six terrorists. It was reported that the operation was launched on intelligence regarding the presence of the terrorists in the area. Meanwhile, the security men have cordoned off the area. The rescue teams also reached the spot and injured security personnel were shifted to the nearby hospital. https://www.youtube.com/watch?v=bq2JNebasFk Earlier, two alleged terrorists were killed in a clash with police in Nizampur area of district Nowshera. According to district administration, the police conducted an operation to the hilly areas of Nizampur against the wanted Gul Mateen group, who is involved in acts of terrorism. It was reported that the terrorists were attacked on the police officials on June 25 and martyred two personnel. They were also wanted to police in different acts of terrorism. On July 6, an alleged terrorist was shot and killed in an encounter with the Counter Terrorism Department (CTD) and Frontier Constabulary (FC) in Nautaal area of city.

Two other suspects managed to escape, the CTD officials said. Information released by the CTD spokesman said a joint operation by the CTD and the FC was carried out in the vicinity of Naseerabad area of the provincial capital following some intelligence reports.