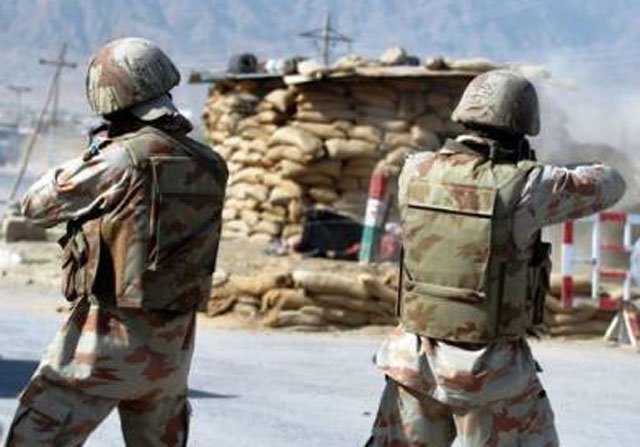 QUETTA (92 News) - Six terrorists were killed in an operation carried out by Frontier Corps Balochistan in Sanjavi area of Ziarat on Friday. According to details, security forces carried out the search operation on a tip-off. Four terrorists were killed in an exchange of fire, while two detonated themselves with explosives. Sources said two FC personnel were also injured in the incident. Helicopters were used during the operation, while mobile phone services were also suspended in the area.