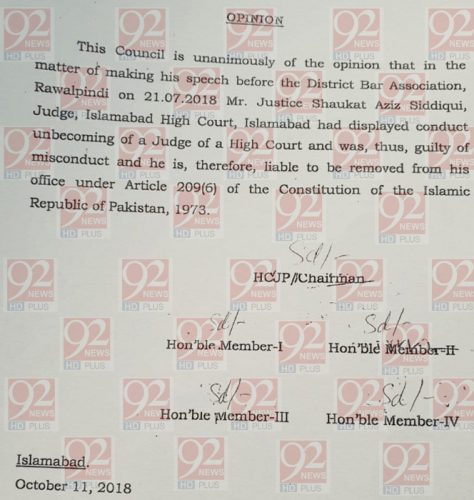 According to the recommendation, Justice Siddiqui’s address to District Bar comes under misconduct and he is liable to be removed under Article 209(6). Chief Justice of Pakistan Justice Mian Saqib Nisar headed the SJC that comprised of Justice Asif Saeed Khosa and Justice Gulzar Ahmed.