Skipper Azhar Ali sees a tough contest against Bangladesh; Team to leave for Dhaka on April 13 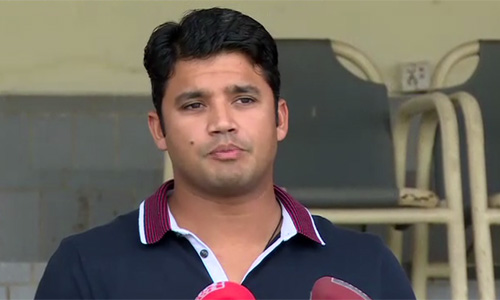 Skipper Azhar Ali sees a tough contest against Bangladesh; Team to leave for Dhaka on April 13

LAHORE (92 News) – Pakistan cricket team skipper Azhar Ali has said that he has accepted captaincy as a challenge. Talking to the media, he said that he has full confidence in the new players. “There will be a tough contest against Bangladesh. The players are very enthusiastic and we have to do something.” Appreciating Misbahul Haq, the captain said that he had learnt a lot from him (Misbah) and it will be very difficult to be his alternate. He said that they will decide on the number of spinners and fast bowlers after observing condition of the wickets. “I am satisfied with the team for the one-day series. We will win the series.” National team manager Naveed Akram Cheema said that he has confidence in the captaincy of Azhar Ali. Meanwhile, the Pakistan cricket team will leave for the Bangladesh tour on Monday. The team will leave for Dhaka from Karachi. The training camp for the Bangladesh series concluded at Gaddafi Stadium on Saturday. Head coach Waqar Younis, batting coach Grant Flower, fielding coach Grant Luden and spin bowling coach Mushtaq Ahmed supervised the players. The three-match one-day series will start from April 17. A T20 and two Test matches will be played during the tour. 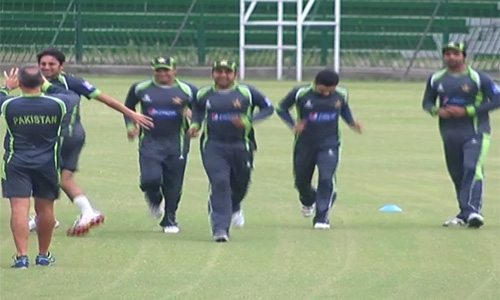 National team players during a practice session at Gaddafi Stadium.