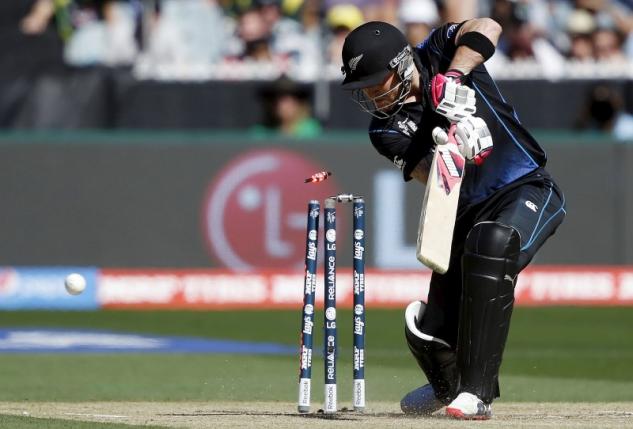 MELBOURNE - New Zealand's hopes of winning the World Cup suffered a huge early blow on Sunday when their skipper Brendon McCullum was dismissed for a third ball duck by Australia's Mitchell Starc in the first over of the final. With 44 fours and 17 sixes in tournament already, McCullum's aggressive opening batting has been a major factor in New Zealand getting to their first final. He was no match for Australia's left-arm pace gun, however. Brought onto strike by a single from his opening partner Martin Guptill on the second ball of the innings, McCullum swung and missed the first two balls he faced. Another fullish inswinger from Starc again eluded the bat and took out McCullum's off stump to a huge roar from the crowd of 92,000 at the Melbourne Cricket Ground. McCullum became the first captain to be dismissed for a duck in a World Cup final. - Reuters