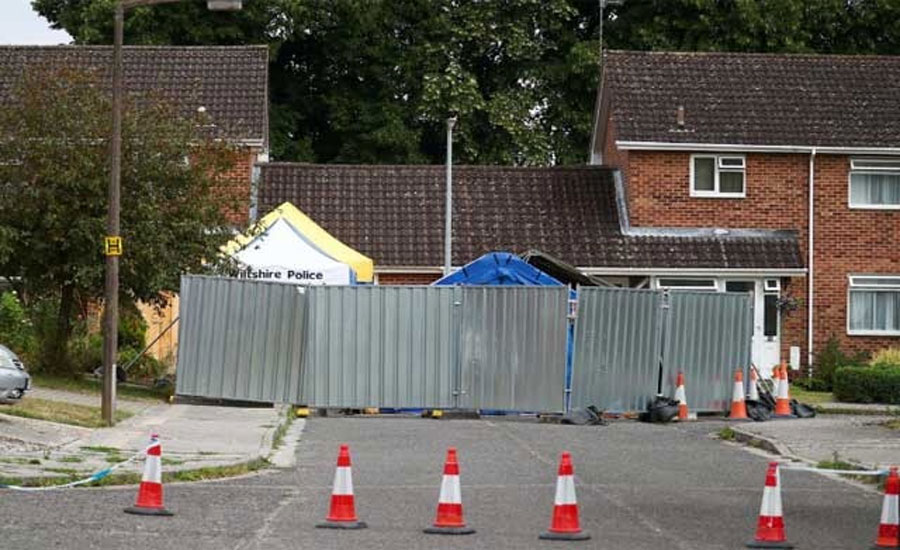 WASHINGTON/MOSCOW (Reuters) - US President Donald Trump has imposed another round of sanctions on Russia over the poisoning of a former spy in Britain, the White House said on Friday, a move Moscow said would hurt already strained US-Russia ties. The move came hours before a landmark Cold War-era arms control treaty expired, after Washington withdrew, accusing Moscow of violating it, which Russia denies. Washington imposed an initial batch of sanctions last year on Russia after determining that Moscow had used a nerve agent against a former Russian double agent, Sergei Skripal, and his daughter Yulia, in Britain, which Moscow denies. “After the first round of sanctions in response to Russia’s assassination attempt against a private citizen in the UK, Russia did not provide the assurances required under US law,” said White House spokesman Hogan Gidley. “So we are imposing a second round of sanctions. It’s another instance where we’re proving tougher on Russia than previous administrations.” Skripal, a former colonel in Russia’s GRU military intelligence service, and his daughter were found slumped on a bench in the southern English city of Salisbury in March last year after Novichok nerve agent was smeared on his front door. A woman who lives nearby later died after her partner found the poison in a discarded perfume bottle and brought it home. European countries and the United States expelled 100 Russian diplomats after the attack. London has charged two Russian men in absentia. The men appeared on Russian TV saying they had visited Salisbury as tourists. The White House said on Friday that President Trump had signed an executive order, under which the U.S. government would block international financial institutions such as the World Bank from lending to governments subject to U.S. sanctions for using chemical or nuclear weapons. The Russian rouble dipped to 65 versus the dollar on Friday for the first time in seven weeks, a fall analysts said could partly be attributed to the reported sanctions move. “I think that this is primarily connected to US domestic politics,” Russian Deputy Foreign Minister Sergei Ryabkov told the RT TV channel. Ryabkov said he regretted that US-Russia ties, already strained by differences over everything from Syria to Ukraine, had become a political football in the United States. Russian officials have repeatedly complained about what they say is Trump’s lack of room for manoeuvre, due to pressure on him from Congress and political rivals to look tough in the wake of accusations Moscow helped him win election in 2016. Former U.S. special prosecutor Robert Mueller indicted dozens of Russians for what his office called a state-run plot to influence the election to help Trump win. Moscow has denied the accusations. Trump calls the investigation a witch hunt. Ryabkov said Moscow linked the sanctions to upcoming presidential elections in the United States and said Moscow was ready to defend itself from any negative consequences caused by the new restrictions.