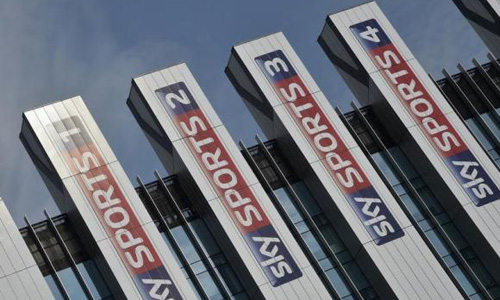 LONDON (Reuters) - Sky Sports has agreed to a four-year deal to broadcast live Major League Soccer, the British broadcaster and North American league said on Wednesday. The deal, which begins with the 2015 MLS season in March, follows an announcement earlier this month that pay-TV group Sky Plc agreed to pay 4.2 billion pounds ($6.51 billion) to show English Premier League matches As part of the deal with MLS, Sky Sports will broadcast at least two regular season matches per week, the All-Star Game and playoffs. The UK-based broadcaster will also carry weekly MLS highlights across its various platforms. Financial details of the deal were not disclosed. With the MLS season running from March to December, the North American league will help fill a soccer void over the British summer and add another bit of credibility to a league that has long struggled to be taken seriously. "This is another important moment that shows the continued growth of MLS. I have seen first-hand how popular soccer has become in America," David Beckham, who brought MLS instant recognition when he signed with the LA Galaxy in 2007, said in a statement. "Having fantastic partners such as Sky Sports on board will not only add to the coverage of the game, it will also broaden its appeal outside of the U.S." Some familiar names will be on display for English soccer fans with former England internationals Steven Gerrard and Frank Lampard set to join MLS for the upcoming season. Gerrard will line up alongside former Liverpool teammate Robbie Keane with the Galaxy while Lampard will join David Villa for the inaugural season of New York City FC. MLS is scheduled to open its 20th season on March 6 but faces a potential work stoppage given an ongoing labor dispute with players over a new collective bargaining agreement.