LOS ANGELES (92 News) - A 42-year-old skydiver with more than 18,000 jumps has on Sunday made history by becoming the first person to leap without a parachute and land in a net instead. After a two-minute freefall, Luke Aikins landed dead center in the 100-by-100-foot net at the Big Sky movie ranch on the outskirts of Simi Valley. He jumped out of a plane with no parachute and fell 25,000 feet into a net the size of about one-third of a football field. “My whole life has been about air aviation, flying, jumping, all that stuff. It’s the last step that I see,” Aikins, 42, said in an interview with a news channel in Washington state, where he lives. “We’ve all dreamed about flying and I always have to open a parachute.” 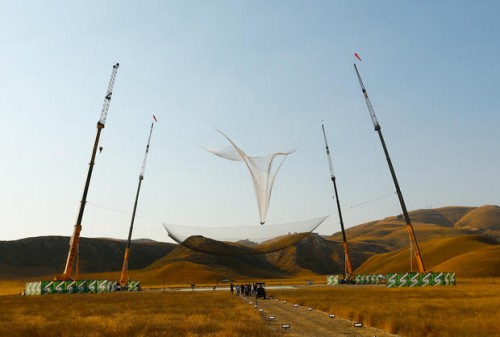 “I’m here to show you that if we approach it the right way and we test it and we prove that it’s good to go, we can do things that we don’t think are possible.” He jumped with three other skydivers, each wearing parachutes. One had a camera, another trailed smoke so people on the ground could follow his descent and the third took off an oxygen canister after they got to an altitude where it was no longer needed. Then the others opened their parachutes and left him on his own. "Whenever people attempt to push the limits of what's considered humanly possible, they're invariably described as crazy," said Aikins before the jump. "But to me, this jump is simply the next logical step in a lifetime of extreme challenges." The 42-year-old daredevil made his first tandem jump when he was 12, following with his first solo leap four years later. He's been racking them up at several hundred a year ever since. Aikins is also a safety and training adviser for the United States Parachute Association and is certified to teach both students and skydiving instructors. His business Para Tactics provides skydiving training to Navy Seals and other members of elite fighting forces. 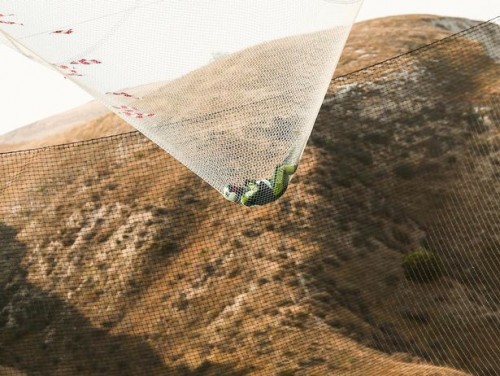