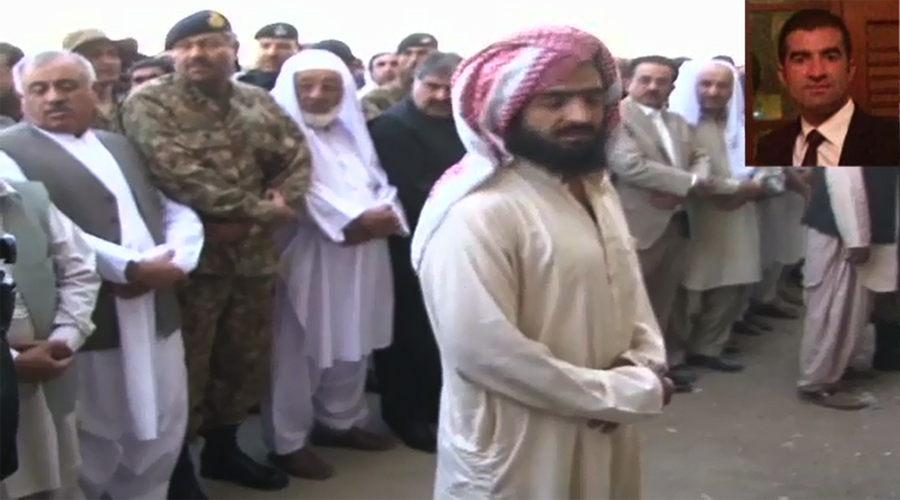 QUETTA (92 News) – Barrister Amanullah, principal of the law college, was laid to rest in Spaini Road Graveyard, Quetta on Wednesday. Balochistan Chief Minister Sanaullah Zehri and Commander Southern Command Lt-Gen Aamir Riaz attended his funeral. Earlier in the morning, Barrister Amanullah Khan Achakzai was on his way to college from his home when some unknown gunmen opened firing, injuring him on the spot. The attackers managed to flee. He was rushed to hospital where he succumbed to his injuries. A large number of lawyers and his family members reached hospital. The lawyers staged a demonstration at Governor’s House Chowk. They also announced mourning and boycott for the three days.