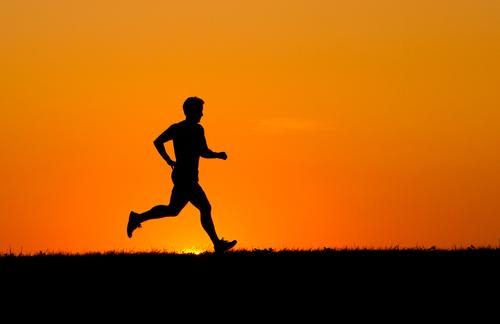 WEB DESK: The ideal amount of running for someone who wants to live a long and healthy life is less than most of us might expect, according to a new study, which also suggests that people can overdo strenuous exercise and potentially shorten their lives. There is increasing consensus among physicians and exercise scientists that people should exercise intensely at least sometimes. Past studies have found, for instance, that walkers who move at a brisk pace tend to live longer than those who stroll, even if they cover about the same distance. Similarly, a 2012 study of cyclists in Denmark concluded that those who regularly rode hard tended to live longer than those who rode gently, even if these easy riders put in more hours on the road each week. But that result, while intriguing, felt unsatisfyingly vague to the Danish researchers. So for the new study, published this month in The Journal of the American College of Cardiology, the researchers, most of them affiliated with the University of Copenhagen, turned to the enormous database about health habits among Danes known as the Copenhagen City Heart Study. In this case, instead of focusing on cycling, the researchers decided to look at jogging, since it is the most popular strenuous activity worldwide. The researchers culled data for 1,098 adult men and women of varying ages who, upon their entry into the study in 2001, had identified themselves as joggers. They also had provided information about how often they ran per week, at what pace, and for how long. The researchers also pulled records for 3,950 age-matched volunteers who had said in 2001 that they did not engage in any type of vigorous exercise or, in fact, any exercise at all. All the volunteers were generally healthy, however, without evidence of disease or obesity. Then last year, the researchers compared the names of the volunteers in both groups against death records. They also determined whether, based on average life expectancies, the volunteers were living longer, or had shortened life spans. As it turned out, and as expected, joggers who ran consistently tended to live longer than people who did not exercise. But when the researchers closely parsed the data about how much and how intensely people jogged, some surprises emerged. The ideal amount of jogging for prolonged life, this nuanced analysis showed, was between 1 hour and 2.4 hours each week. And the ideal pace was slow. (The researchers do not specify exact paces in their study, using instead the broad categories of slow, average, and fast running, based on the volunteers’ self-reported usual pace.) Plodding joggers tended to live longer than those who were faster. And in fact, the people who jogged the most frequently and at the fastest pace — who were, in effect, runners rather than joggers — did not enjoy much benefit in terms of mortality. In fact, their life spans tended to be about the same as among people who did not exercise at all. The results suggest that the “optimal dose of jogging is light, and strenuous joggers and sedentary non-joggers have similar mortality rates”, said Jacob Louis Marott, a researcher for the Copenhagen City Heart Study and co-author of the study. You can, in other words, potentially run too much. Of course, there are caveats to that conclusion. The number of hardcore runners in the study was quite small, for one thing, consisting of barely 80 men and women. So any statistical information about death rates among that group must be viewed cautiously, as the scientists acknowledge. And, the researchers did not determine how and why the runners and non-runners died. So it is impossible to draw any conclusions about what deleterious effects, if any, hard and prolonged exercise might have.