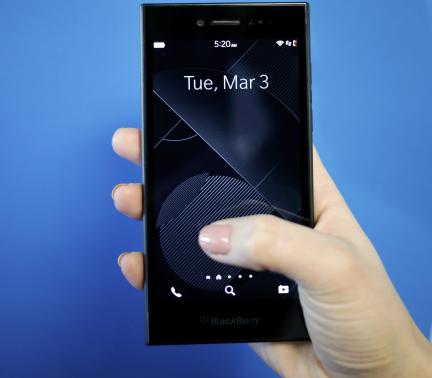 LONDON - Typing text messages, scrolling web pages, and checking your email on your smartphone could be changing the way your thumbs and brain interacts. That's according to researchers from the University of Zurich, ETH Zurich, and University of Fribourg. Dr Arko Ghosh, of the University of Zurich and ETH Zurich, led the research which involved using electroencephalography (EEG) to measure the cortical brain activity in 37 right-handed people, 26 of whom were touchscreen Smartphone users and 11 users of old-fashioned cellphones. A total of 62 electrodes were placed on an EEG cap worn by subjects to record how the brain processed touch from their thumb, forefinger and middle finger. Brain activity was then compared with the individual commands recorded by each individuals' phone logs. "We measured people's brain activity using a bunch of electrodes on the scalp and what these maps indicate is essentially how much of the variance between people we could explain by just looking at the phone logs, so how much brain activity can be explained by looking at people's history of use on the phones alone," said Ghosh. Pointing at brain scans on his computer he added: "For instance these red spots here indicate when you measure the signals of these electrodes a lot of the differences between one person and the next can be explained simply by how much phone they were using in the previous ten days." Electrical activity in the brains of smartphone users was shown to be enhanced when all three fingertips were touched. According to research student Magali Chytiris, activity in the cortex of the brain associated with the thumb and index fingertips was directly proportional to the intensity of phone use, as quantified by built-in battery logs. "This activity is related to the amount of use from the past days of phone use," said Chytiris. "So we used the logs, the battery logs, from the phone and we found that if the EEG recording was just after the peak of high intensive use then the brain activity was higher." Ghosh says the results suggest that repetitive movements over the touchscreen surface reshape sensory processing from the hand, with daily updates in the brain's representation of the fingertips. He believes that cortical sensory processing in the contemporary brain is continuously shaped by personal digital technology. "Most superficially what we found was that smartphone users have a brain that processes touch differently than people who don't use smartscreen touch phones," said Ghosh. "However, if you dig a bit deeper into the data what you essentially see is that the most recent usage that people accumulated on their smartphones that reflected on the way that brains processed information from their fingertips. So essentially these day-to-day fluctuations that we encounter through our daily lives they imprint on the brain on the way that it processes information from your hands." Ghosh says that smartphone use is an ideal way to explore the everyday plasticity of the human brain. "It gives us a very good excuse to go back and look into the phone logs in greater detail to understand how our digital histories could be used to understand brain function and develop real world solutions by studying the real world example of brain plasticity," he said. The team published their findings in the Cell Press journal Current Biology. - Reuters