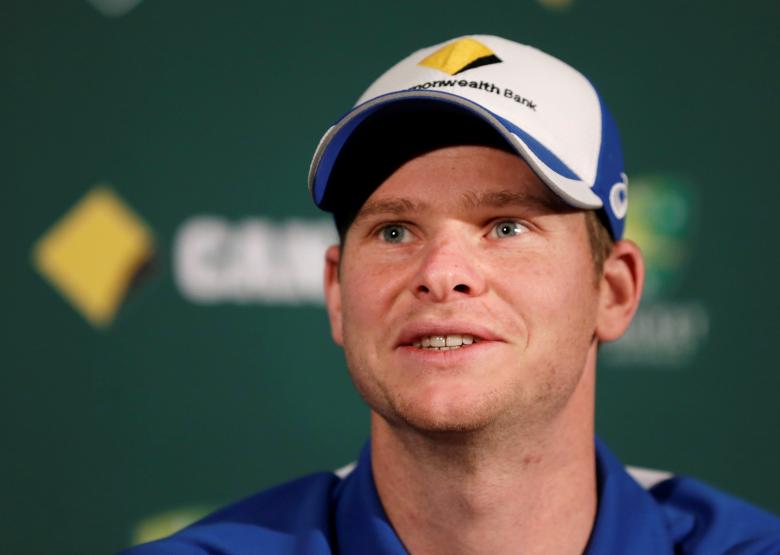 SYDNEY – Australia captain Steve Smith shone in the Gabba floodlights with a sparkling century to put Australia in a commanding position on day one of the first Test against Pakistan on Thursday. Smith's unbeaten 110 drove Australia to 288 for three at stumps, as Pakistan's bowlers toiled on a hot day in the field and enjoyed little relief in the cool of the evening as the pink ball made its Brisbane debut. Peter Handscomb, who shared in an unbroken 137-run partnership with Smith, was 64 not out with Australia well placed to build a big first innings total on day two.
"You'd take 3-288 any day of the week," said Smith. "They're all special, I love getting hundreds, I love batting out here at the Gabba."
Smith won the toss and sent his team in to bat on a wicket that offered little for the bowlers until the new ball showed some movement late in the final session. Misbah-ul-Haq's side took two quick wickets before tea to have the match delicately poised at 75-2 but Smith and rookie opener Matt Renshaw (71) steadied the home side with a 76-run partnership. Middle order batsman Handscomb struck his second half-century to continue his positive start after his debut against South Africa in the day-night dead rubber in Adelaide. Smith was dropped on 53 in the final over before the dinner break, with part-time spinner Azhar Ali coaxing an edge to Sarfraz Ahmed but the wicketkeeper put it down. When the skipper was on 97, the 'Hotspot' technology also picked up a nick off his bat off seamer Mohammad Amir but none of the Pakistan team noticed it and the possible caught-behind chance went begging. After a nervous wait on 98, Smith smashed a four past mid-off to raise his 16th Test century, featuring 16 boundaries bashed to all corners of the ground. Leaping into the air and ripping off his helmet, Smith brandished his bat with relish as the Gabba crowd roared. Renshaw, who had batted superbly with Smith in his second Test, was earlier removed by a swinging delivery from paceman Wahab Riaz. It was to be the last highlight for the touring side who were defied by Smith and Handscomb for the whole third session. David Warner and Renshaw put on a 70-run opening partnership before Amir struck to remove Warner lbw for 32. Legspinner Yasir Shah, recalled after missing the second Test in New Zealand, had number three batsman Usman Khawaja caught for four when he spooned a simple catch straight to Misbah at short midwicket. SCOREBOARD