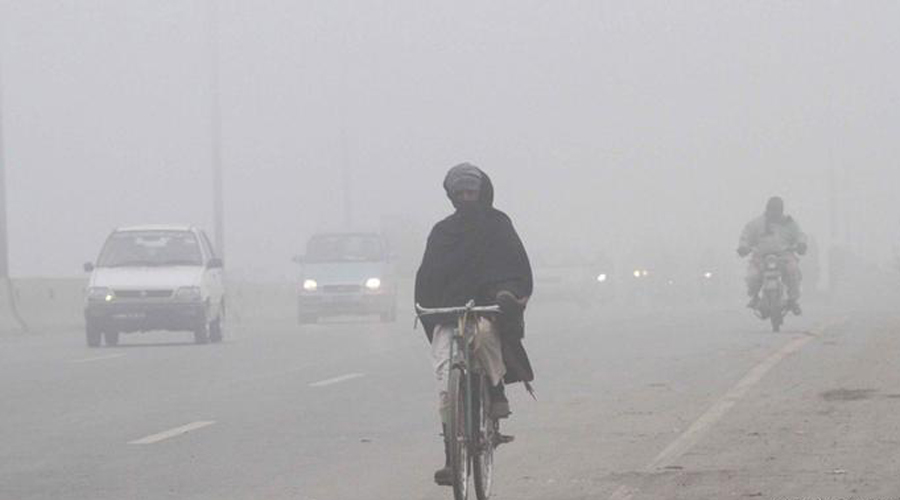 LAHORE (92 News) – Smog continue to grip plain areas of Punjab including Lahore, Gujranwala, Sargodha, Faisalabad, Multan Bahawalpur and Sukkur divisions for the last couple of days. Residents of Punjab again woke up to a blanket of smog on Friday as air quality deteriorated sharply, triggering warnings that even healthy people were at risk of respiratory problems. Dense smog continue to exist over Sialkot, Gujranwala, Sahiwal, Bhakkar, Attock , Taxila, Sargodha, Gujrat and other cities in the province, while the motorway has been closed for traffic in different areas due to low visibility Earlier, Punjab Chief Minister Shahbaz Sharif had formed a committee to analyze the dense smog weather. The committee comprises of adviser to chief minister on health, minister for environment, chief secretary Punjab and 16 other government officials as well as environmental scientists. The foggy conditions are causing road accidents in Punjab. A vehicle-pileup killed at least 10 people yesterday and injuring dozens other near Sukheki interchange at Pindi Bhattian.