Smoking may lead to heart failure by thickening heart wall 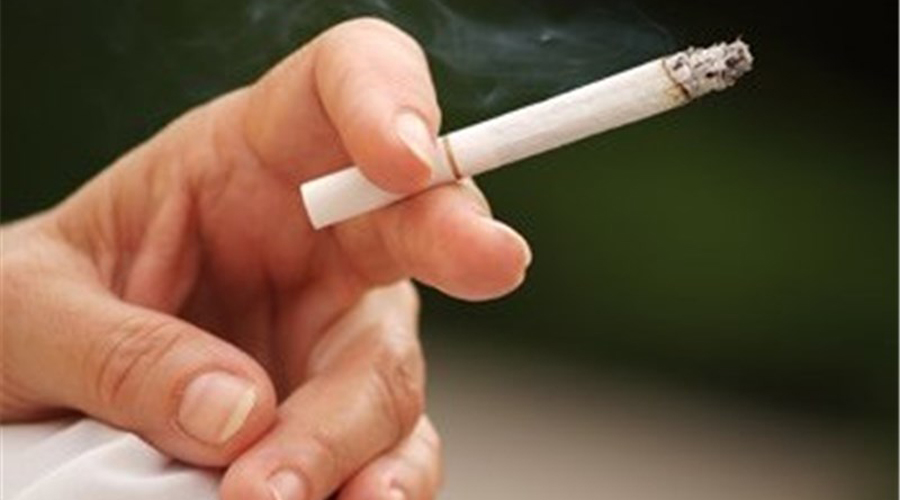 Smoking may lead to heart failure by thickening heart wall

NEW YORK – Smoking is associated with thicker heart walls and blood pumping difficulties that may eventually lead to heart failure, a U.S. study suggests. The research, done in adults who didn’t have any obvious signs of cardiovascular disease, also found that the more people smoke, the greater the damage to the heart’s structure and function, said senior author Dr. Scott Solomon of Brigham and Women’s Hospital and Harvard Medical School in Boston. “We’ve known for years that smoking could lead to heart attacks, which may result in reductions in the pumping ability of the heart,” Solomon said by email. “Our data suggest that smoking can independently lead to thickening of the heart and worsening of heart function, which may lead to a higher risk for heart failure, even in people who don’t have heart attacks,” Solomon added. For the current study, researchers examined data on more than 4,500 older adults who had echocardiograms, tests that use ultrasound waves to see how well the heart muscle moves. Participants were about 76 years old on average. Almost 300 of them, or about 6 percent of the total, were current smokers. Roughly half were former smokers and about 43 percent had no history of smoking. Current smokers were slightly younger, on average, less likely to be overweight and had better kidney function than the other groups. People who had never smoked were more likely to be female, less likely to drink alcohol and tended to have healthier cholesterol levels. Former smokers had used tobacco products for around 18 years on average, while current smokers typically developed the habit around 46 years earlier, researchers report in the journal Circulation: Cardiovascular Imaging. Even after accounting for factors such as age, race, body mass index, blood pressure, diabetes and alcohol consumption, current smokers had thicker heart walls and reduced pumping function, compared with nonsmokers and former smokers. One limitation of the study, however, is that it relied on participants to accurately recall and report any history of tobacco use, the authors note. Because smoking can kill people and cause a variety of heart problems, it’s also possible that the population of current smokers in the study were healthier than typical cigarette users the authors also point out. Previous studies examining whether smoking directly impacts the heart muscle leading to thickening, stiffness and impaired filling have yielded mixed results, said Dr. Gregg Fonarow, co-chief of the division of cardiology at the University of California, Los Angeles. “This study provides evidence in both men and women that smoking directly damages the heart muscle leading to thickening, increased stiffness, and impaired filling, which in turn leads to heart failure, which is a common, costly, and deadly condition,” Fonarow, who wasn’t involved in the study, said by email. While smokers can lower their risk of heart failure by quitting, people can also make damage to the heart less likely by getting regular exercise and maintaining healthy weight, as well as keeping blood pressure and cholesterol levels in check, Fonarow said. More research is still needed to assess whether other products such as chewing tobacco or electronic cigarettes would have the same impact on the structure and function of the heart as traditional cigarettes, Solomon said. “The good news is that former smokers had similar heart structure and function as compared to never smokers, suggesting that the potential effects of tobacco on the myocardium might be reversible after smoking cessation,” Solomon added. –Reuters