Smooth Federer puts troubled start behind him in ATP Finals 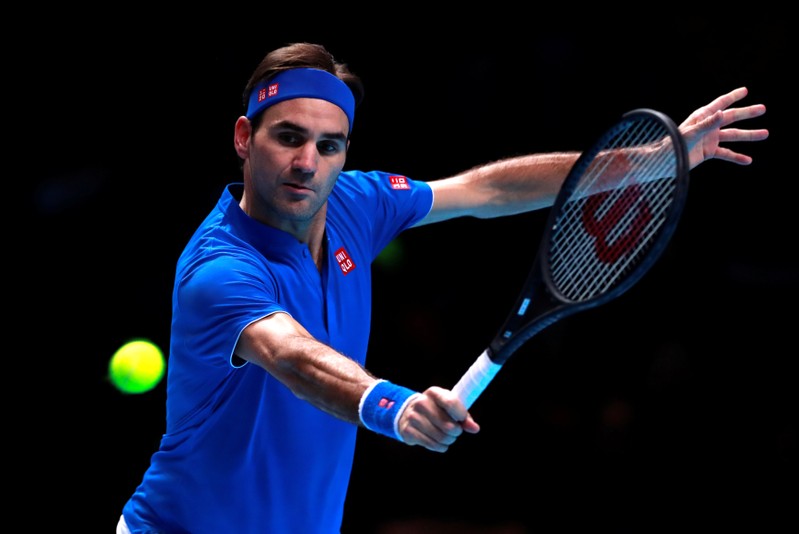 Smooth Federer puts troubled start behind him in ATP Finals

LONDON (Reuters) - Six-time champion Roger Federer put a troubled start to his 16th ATP Finals behind him as he outclassed Dominic Thiem 6-2 6-3 on Tuesday to stay on course for the knockout stage. The 37-year-old Swiss played poorly in defeat against Kei Nishikori on Sunday and then skipped practice on Monday. Comments made by French player Julien Benneteau to a radio station suggesting Federer is given preferential treatment by tournament organisers, particular in Grand Slams, also threatened to disturb his week at the O2 Arena. He responded with a smooth demolition of Austrian Thiem and then avoided being drawn into a row over Benneteau’s reported comments, saying they had been taken out of context. “I don’t feel like I need to comment on this. I’d rather put it to rest rather than adding to it so you guys got something to write about,” he told a news conference. He was then asked whether his agent Tony Godsick had ever demanded that Federer only be scheduled on Arthur Ashe court at the U.S. Open — a claim reportedly made by Benneteau in an interview with RMC radio. “I get asked, would you like to play Monday or Tuesday sometimes. Sometimes I get asked, ‘do you want to play day or night?’ Sometimes they go ask the agent. Sometimes they ask me, you know, ‘Asia wants you to play at night’,” Federer said. “Yes, sometimes we have our say. But I asked to play Monday at the U.S. Open. I played Tuesday night. It’s all good. Sometimes I get help, sometimes I don’t. “But a lot of the facts are not right, just to be clear there, from what I heard.” Federer was more concerned with the way he rediscovered his form to convincingly beat Thiem, admitting his head had not been right in a straight sets defeat by Nishikori. “I’ll do the same tomorrow because it worked,” Federer said of deciding not to practise on Monday. “(The Nishikori defeat) was not about my forehand or my backhand or my serve or anything. I guess it was my head. For that sometimes you need a break. “We came to the conclusions, or the coaches thought, ‘take it easy, enjoy the day with your family, and come out happy.’ “The shots are there. I felt that way today. So I’m very happy that that was the right decision and I was able to show a reaction from my first-round match.” Federer, who has only failed to reach the semi-finals in the event once in 15 appearances, will still need to beat group leader Kevin Anderson in straight sets on Thursday to be absolutely sure of making it to the weekend. The mathematics of the round-robin format, however, means he could lose and still progress depending on what happens in the match between Thiem and Nishikori. “I could win and still not make it, so from that standpoint it’s not in my power,” Federer said of his clash with Anderson who he lost to in an epic Wimbledon quarter-final this year. “Important for me is to play a good last match here in the round-robin, try to beat Kevin. He has been playing great. He has had a wonderful season.”