Snooker: Zhao destined to be world number one - Hawkins 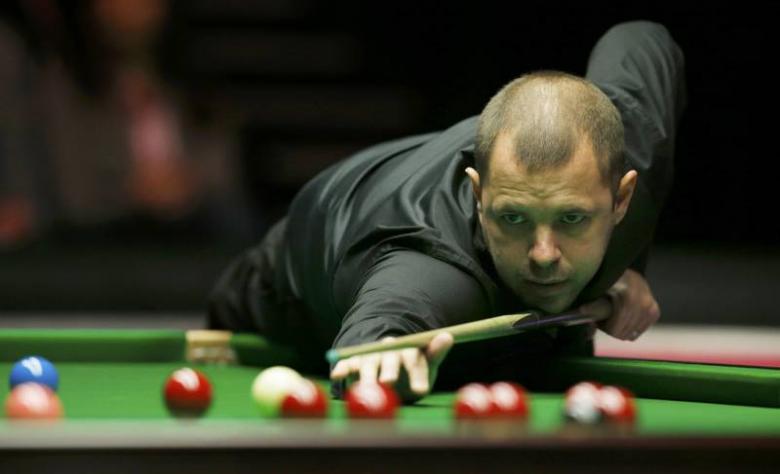 Snooker: Zhao destined to be world number one - Hawkins

LONDON – Chinese teenager Zhao Xintong is as talented as the great Ronnie O'Sullivan was at a similar age and will one day become the number one player in snooker, according to 2013 world championship runner-up Barry Hawkins.
Zhao made everyone in the sport sit up and take notice when he made an outstanding clearance of 130 in the first frame of his English Open second-round clash with O'Sullivan in Manchester earlier this month. The 19-year-old, who only turned professional this year, went on to take the five-times world champion all the way to a final-frame decider and was unlucky to go down 4-3 to the Englishman. "Zhao stands out among the Chinese talent that's around in the game," world number 14 Hawkins told Reuters in an interview. "He's very attacking, goes for a lot of shots, which is probably his downfall at the moment, but I'm sure in time the tactical side will come through and he'll learn that side of things too. "He's a future world champion and because the two near enough go hand in hand, a future world number one as well. There's an air of super confidence about him," said the 37-year-old Hawkins of fellow left-hander Zhao. "Ronnie also had that when he first came on the scene at 17, 18. Zhao hasn't won the same amount of tournaments he won but is the nearest thing I've seen to Ronnie at the same age." Chinese players have excelled in recent weeks with Ding Junhui winning the Shanghai Masters and reaching the final of the International Championship while Liang Wenbo landed the English Open title. Last year Ding became the first Asian to reach the world final before he was beaten 18-14 by England's Mark Selby. BUCCANEERING STYLE Hawkins, who lost 18-12 in the world final at the Crucible Theatre in Sheffield three years ago when O'Sullivan took the crown for the fifth time, believes it is Zhao's buccaneering style that makes him stand out. "He's got something extra about him, there's a swagger about him when he's at the table," said Hawkins, who last week became an ambassador for the K Sports multi-sports facility in Kent (www.ksports-fc.co.uk). "He's fearless. He's probably a little too fearless at the moment because any pot he sees he goes for. "Once he learns the tactical side a bit more he'll be a handful for everybody," said Hawkins. "To give Ronnie a game at his age, and show no fear the way he did, was brilliant. Other snooker players enjoy watching him play, just like they do with Ronnie, and everyone on tour already knows how dangerous an opponent he is." O'Sullivan was equally impressed with Zhao after edging past the teenager at the English Open. "I enjoyed watching him," said the 40-year-old Englishman widely recognized as the most naturally gifted snooker player of all time. "He is such a wonderful player, such a wonderful scorer. He has such a wonderful technique... he's got every shot in the book." Zhao is ranked 85th in the world and likely to need to go through pre-qualifying in order to secure a place at the world championship in April. Hawkins, by contrast, is looking to maintain a proud appearance record at the Crucible. "I need to be in the top 16 by the time the world championship comes around to avoid having to pre-qualify," he said. "From now until then I could do with winning a tournament or at least being ultra consistent, getting to quarter-finals and semi-finals to solidify my place in the top 16. "If I don't get to Sheffield I'll be absolutely gutted especially with the record I have. I've been to the Crucible for the last 10 or 11 years so that's something I'd like to keep up," said Hawkins. –Reuters