Snowden says US not offering fair trial if he returns 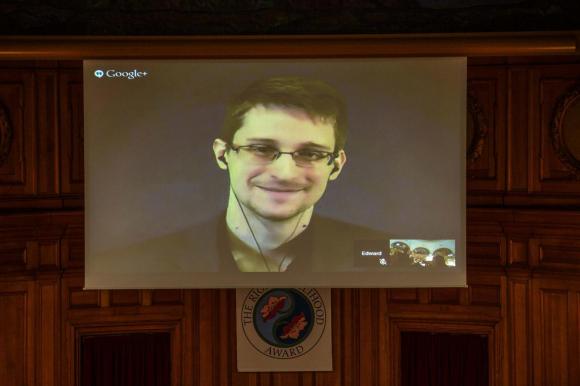 Snowden says US not offering fair trial if he returns

TORONTO (Reuters) - Edward Snowden, the fugitive former US spy agency contractor who leaked details of the government's mass surveillance programs, said on Wednesday he is not being offered a fair trial if he returns to the United States. "I would love to go back and face a fair trial, but unfortunately ... there is no fair trial available, on offer right now," he said in a live question and answer discussion organized by Canadian Journalists for Free Expression, Ryerson University and the CBC. "I've been working exhaustively with the government now since I left to try to find terms of a trial."