Soccer-Arsenal playing with the handbrake off, says Arteta 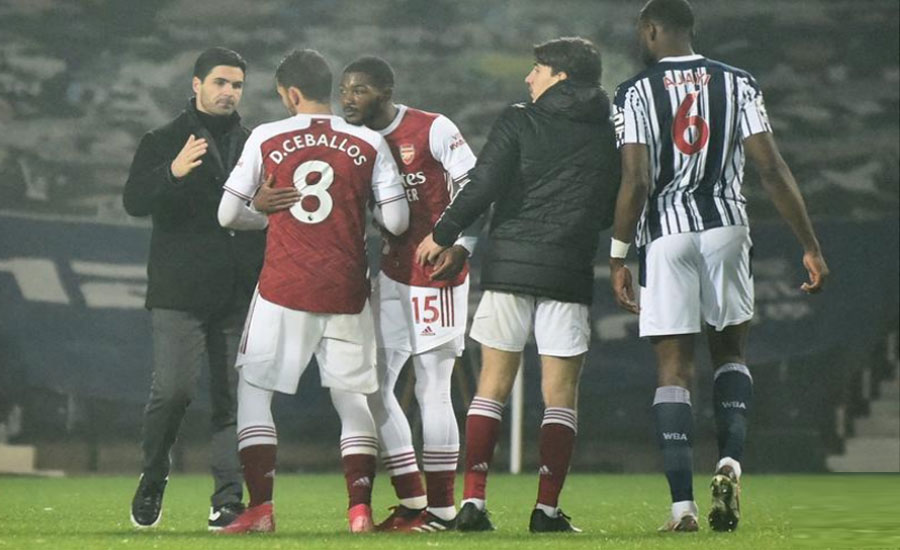 Soccer-Arsenal playing with the handbrake off, says Arteta

NILES (Reuters) - Arsenal manager Mikel Arteta was delighted with his team’s 4-0 thrashing of West Bromwich Albion on Saturday and said the players have finally released the handbrake and are playing with much more freedom.

Full back Kieran Tierney got the ball rolling, cutting in from the left flank and firing home his second goal for Arsenal in the 23rd minute before teenage winger Bukayo Saka finished off a superb team effort.

Alexandre Lacazette then struck twice in the second half to seal Arsenal’s third straight Premier League victory and lift them to 11th place in the table on 23 points, six points off qualifying spots for European competition.

“I think previously we lost games that we were really unlucky in and most of them was our own fault, because we made some errors and lacked some discipline,” Arteta told reporters.

“But obviously you need to win football matches and now this brings a different momentum and energy, the players they get the handbrake off and you can see that they are more free to play.”

“This is an Arsenal team with the idea that I want.”

Arteta also said the imminent return to fitness of Ghana midfielder Thomas Partey, who has missed the last six league games due to injury, would provide a huge boost.

“We’ve been missing him. He brings something different to the team. He’s a player with an enormous talent, but as well someone who can transform the team the way we want,” Arteta added.

“He is feeling good. He needs another two or three good sessions to see if he is 100% available to play. If that is the case, great news for us.”

Arsenal face Newcastle United in the FA Cup on Saturday.