Soccer: FIFA tells Iran it is time to allow women into stadiums 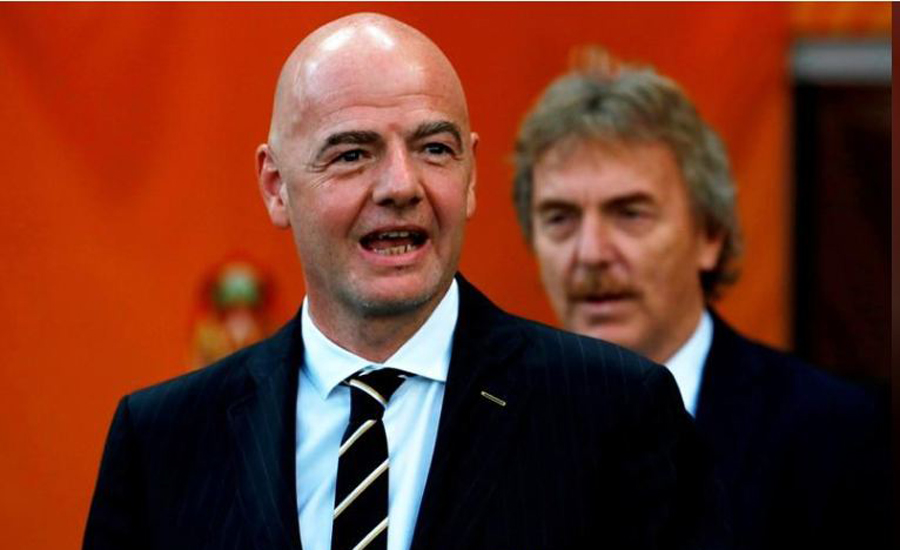 Soccer: FIFA tells Iran it is time to allow women into stadiums

ZURICH (Reuters) - FIFA president Gianni Infantino has told Iran it is time to allow women into football stadiums and the global soccer body expects “positive developments”, starting with their next home match in October. While foreign women have been allowed limited access to matches, Iranian women have been banned from stadiums when men’s teams have been playing, since just after the 1979 Islamic revolution. Infantino said in a FIFA statement he was hopeful that the Iranian football federation and government authorities had been receptive to “our repeated calls to address this unacceptable situation.” He added, “Our position is clear and firm. Women have to be allowed into football stadiums in Iran. Now is the moment to change things and FIFA is expecting positive developments starting in the next Iran home match in October.” Iran, who have qualified for five World Cup finals, including each of the last two, host Cambodia on Oct. 10 in their first home game of the 2022 qualifying competition. This month, a female fan died after setting herself on fire to protest against her arrest for attending a match. Sahar Khodayari, dubbed “Blue Girl” for the colours of her favourite team Esteghlal, died in hospital after her self-immolation outside a court where she feared being jailed for six months, having attended the match in disguise as a man. Khodayari’s death has caused widespread outrage in Iran and internationally, prompting calls on social media for Iran’s football federation to be suspended or banned by FIFA. Critics say FIFA’s own statutes hold discrimination on grounds of gender punishable by suspension or expulsion. There were signs the situation regarding female fans in Iran was changing when a group of women was permitted to attend the second leg of the Asian Champions League final in Tehran last November, a match where Infantino was present. Female fans, however, have been denied access to matches since. At Iran’s friendly against Syria in June, women were locked out of the Azadi Stadium and detained by security forces. Infantino said a FIFA delegation was now in Iran. “I am looking forward to hearing good news from them,” he said.