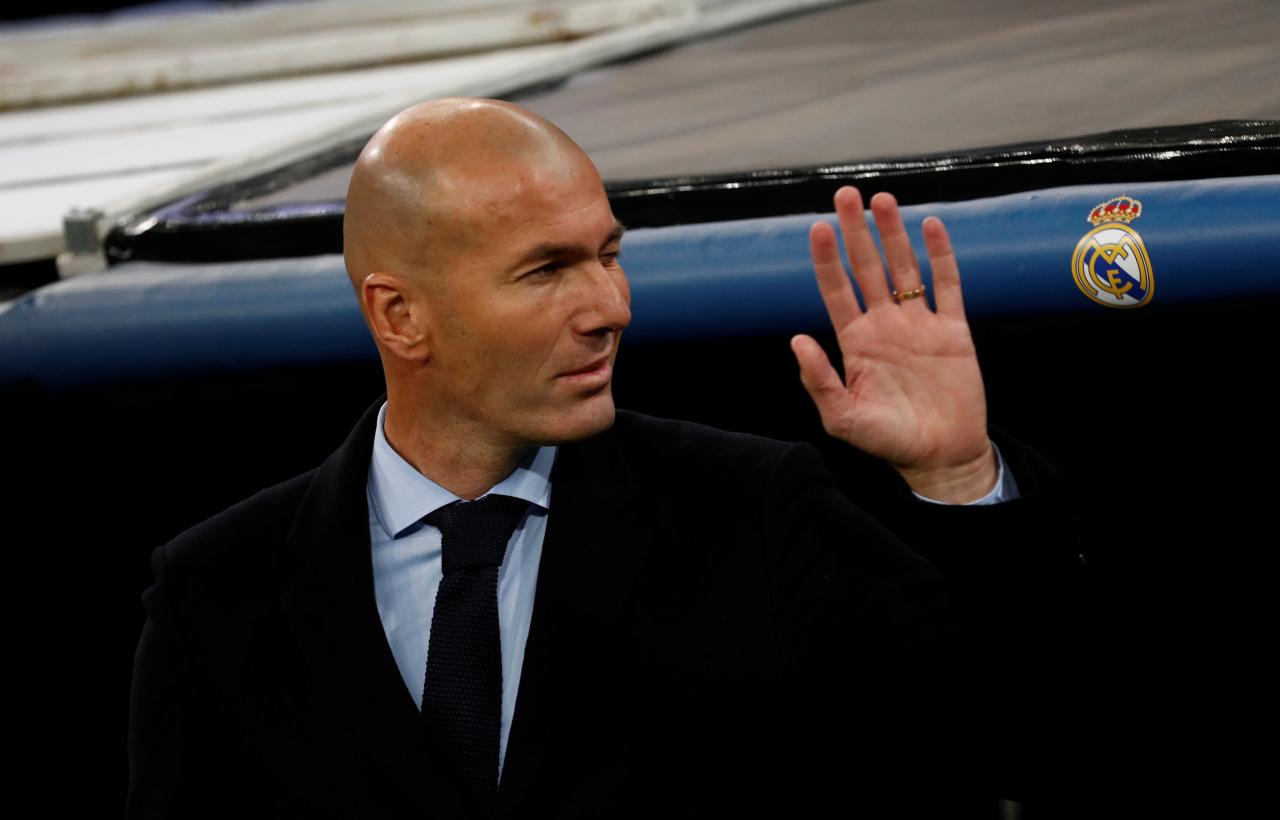 MADRID (Reuters) - Real Madrid coach Zinedine Zidane will be without three of his first-choice back four for Saturday’s La Liga clash at home to Sevilla as they bid to keep alive their fading hopes of defending their title.

Sevilla, who have lost just once in their last 10 outings in all competitions, are fifth in La Liga, a place below Real but level with the Spanish and European champions on 28 points, eight behind league leaders Barcelona.

Real were already without suspended duo Sergio Ramos and Dani Carvajal for the crunch tie and have now lost centre back Raphael Varane, who picked up an injury in Real’s 3-2 Champions League victory over Borussia Dortmund on Wednesday.

Midfielder Casemiro deputised at the back against the Germans when Varane limped off, however he too misses out against Sevilla through suspension.

Back-up Jesus Vallejo is also a doubt for the match with a knock, meaning Nacho is the club’s only available senior central defender and Zidane said he was toying with the idea of using midfielder Marcos Llorente in the backline.

“He’s played there before, albeit not in the first team. We’ll see. I’m going to put out a competitive side,” he said.

“We’ve got a squad and I’m going to look to find a solution. In football you get injuries. Sometimes it’s a defender, another time it’s a forward.”

The Portuguese forward became the first player to score in all six Champions League group games on Wednesday, with nine in total, however it has been a different story in La Liga, where he has scored two in 10 appearances.

Leaders Barcelona have their own defensive issues as they travel to sixth-placed Villarreal on Sunday looking to stretch their unbeaten start to the La Liga season to 15 games.

With Samuel Umtiti out until the New Year with a hamstring problem, Barca coach Ernesto Valverde must decide whether to retain faith in Thomas Vermaelen alongside Gerard Pique for the trip.

”Obviously he’s not had many opportunities to play, however whenever he’s had to, he’s stood up,” Valverde said of the Belgian, while adding that he was contemplating using midfielder Sergio Busquets as a makeshift centre back.

“He can play in any position in midfield and I think he’d do a good job at the back. We’ve tried it out and in case of emergency we have it. It’s a solution.” La Liga’s only other unbeaten team, Atletico Madrid, travel to Real Betis on Sunday without injured Antoine Griezmann. Diego Simeone’s side sit third on 30 points, one behind second-placed Valencia, who host Celta Vigo on Saturday.