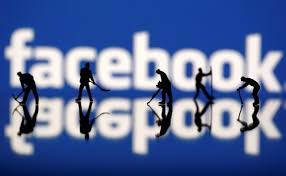 WASHINGTON (Reuters) - Facebook Inc (FB.O), Alphabet Inc (GOOGL.O) and Twitter Inc (TWTR.N) told a U.S. House panel on Tuesday that the social media companies are not discriminating against content for political reasons.
Conservative Republicans in Congress have criticized social media companies for what they claim are politically motivated practices in removing some content, a charge the companies have rejected. House Judiciary Committee chairman Bob Goodlatte, a Republican, said that since an April hearing, Congress has “seen numerous efforts by these companies to improve transparency,” but he also pointed to anecdotes of some content being removed. Goodlatte asked if these companies are “using their market power to push the envelope on filtering decisions to favor the content the companies prefer?” Representative David Cicilline, a Democrat, blasted the hearing and said Facebook for two years has “bent over backwards to placate and mollify conservatives,” and pointed to Facebook’s failure to remove pages promoting unsubstantiated conspiracy theories. “There is no evidence that the algorithms of social networks or search results are biased against conservatives. It is a made-up narrative pushed by the conservative propaganda machine to convince voters of a conspiracy that does not exist,” Cicilline said. Facebook said earlier this year it had retained former Republican Senator Jon Kyl to advise the company “on potential bias against conservative voices.” Facebook’s head of global policy management, Monika Bickert, told the committee it wants to fairly treat all groups, in explaining why it is conducting various audits. “We just want to make sure that we are doing our job right,” Bickert said, adding Facebook consults with a wide variety of groups. House Democrats said the committee should be focused on the threats to the U.S. electoral process from Russian hackers. Representative Jerrold Nadler, the top Democrat on the committee, unsuccessfully asked the panel to adjourn to a private session to discuss Russia. Juniper Downs, global head of public policy and government relations at Google’s video channel YouTube, said the company does not discriminate against conservatives. “Giving preference to content of one political ideology over another would fundamentally conflict with our goal of providing services that work for everyone,” she said. Twitter’s senior strategist Nick Pickles said the company does not discriminate against conservatives and works to make neutral decisions. “Our purpose is to serve the conversation, not to make value judgments on personal beliefs,” he said. The committee held a hearing in April on the same topic after representatives of the companies skipped it.