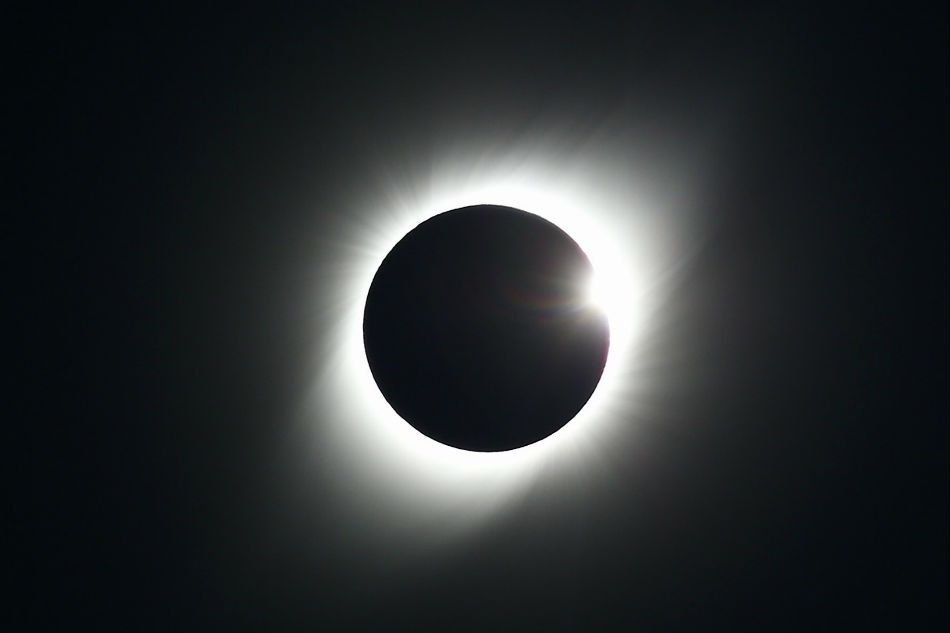 SANTIAGO (Reuters) - Hundreds of thousands of tourists scattered across the north Chilean desert on Tuesday to experience a rare, and irresistible combination for astronomy buffs: a total eclipse of the sun viewed from beneath the world’s clearest skies. A solar eclipse occurs when the moon passes between the Earth and the sun, plunging the planet into darkness. It happens only rarely in any given spot across the globe. The best views this time were from Chile’s sprawling Atacama desert north of the coastal city of La Serena, where a lack of humidity and city lights combine to create the world’s clearest skies. The region had not seen an eclipse since 1592, according to the Chilean Astronomy Society. The next one is expected in 2165. Eclipse-watchers in Chile were not disappointed on Tuesday. The 95-mile (150-kilometer) band of total darkness moved eastward across the open Pacific Ocean late in the afternoon, making landfall in Chile at 4:38pm EDT (2038 GMT). Clear skies dominated from the South American country’s northern border with Peru south to the capital of Santiago, where office workers poured from buildings to catch a glimpse of the phenomenon. Earlier in the day, a run on special “eclipse-viewing” glasses downtown had led to a shortage in many stores, with street vendors charging as much as $10 for a pair of the disposable, cardboard-framed lenses. “This is something rare that we may never see again,” said Marcos Sanchez, a 53-year-old pensioner from Santiago who had purchased 16 of the lenses from an informal vendor downtown for himself and his family.