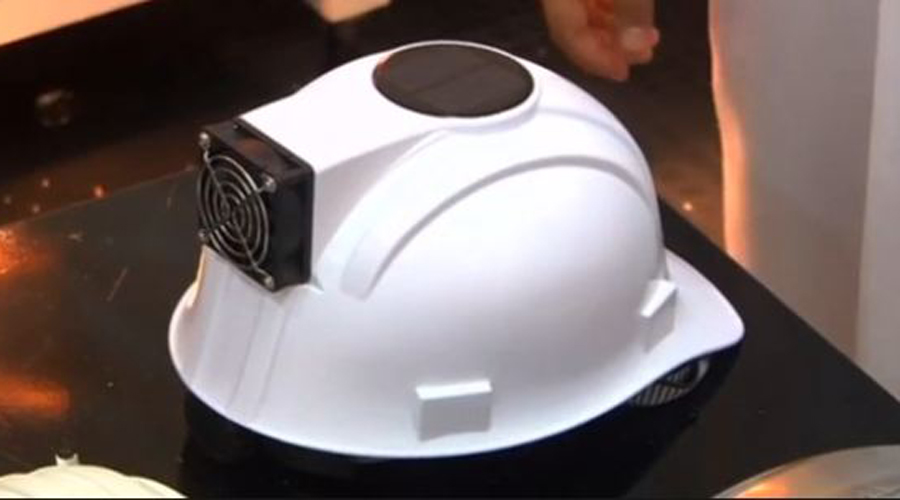 DOHA, Qatar – Keeping a cool head could save lives. That's the idea behind a newly developed hard hat aimed at improving working conditions for laborers building soccer stadiums in Qatar for the 2022 World Cup. Right now the helmet is still being tested in the lab. Here it's being placed in an oven to mimic the blistering desert heat of Qatar. Professor at the College of Engineering at Qatar University Dr. Saud Abdul-Aziz Abdul-Ghani, says: "To cool down the body we need to blow air over it to evaporate sweat. We used a solar powered fan to draw the air in. There is also a small charger that can be used to power the fan in case of indoor work. Then we used a cooling material that melts into a liquid at a temperature of 22 degrees." According to the developers, when the cooling mechanism kicks in, the temperature surrounding a user's head drops by about 10 degrees. The conditions in which more than 5,000 migrant construction workers toil have drawn charges by human rights groups of labor abuse, as temperatures in Doha can reach 50 degrees centigrade. The helmets will be introduced next summer, allowing workers to keep a cool head even when the desert sun is at its most powerful. –Reuters