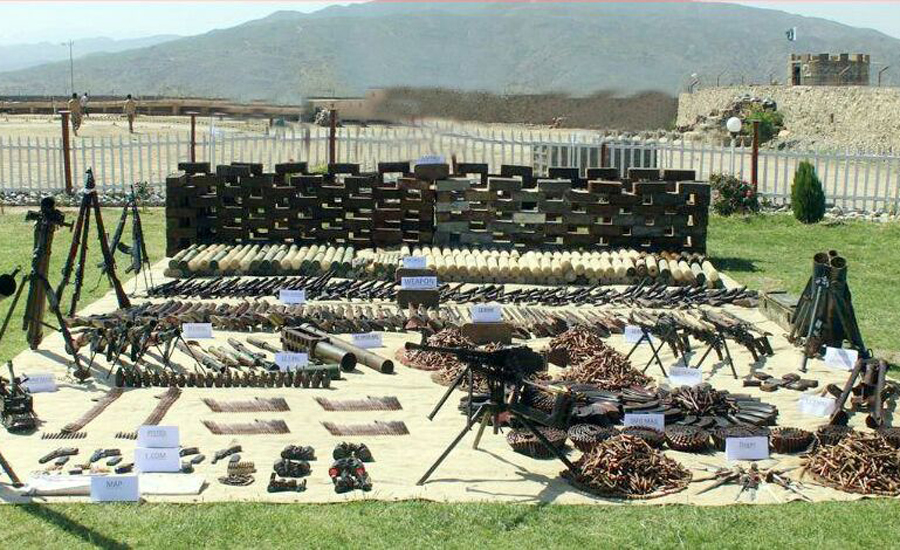 QUETTA (92 News) – A soldier was martyred and a terrorist belonging to the Balochistan Liberation Army (BLA) was killed during an exchange of fire on Saturday. Under the Operation Raddul Fasaad, security forces conducted an intelligence-based operation (IBO) in Kabu, Mastung and Balochistan. A huge quantity of arms and ammunition was recovered. In another operation, security forces conducted an IBO in Shararah Algad, North Wazirstan Agency. During the operation, a huge quantity of arms and ammunition including sub machine guns, self propelled guns, rocket launchers, mortar, light machine guns, rifles, pistols, grenades, huge quantity of various calibre ammunition and accessories of various weapons were recovered.