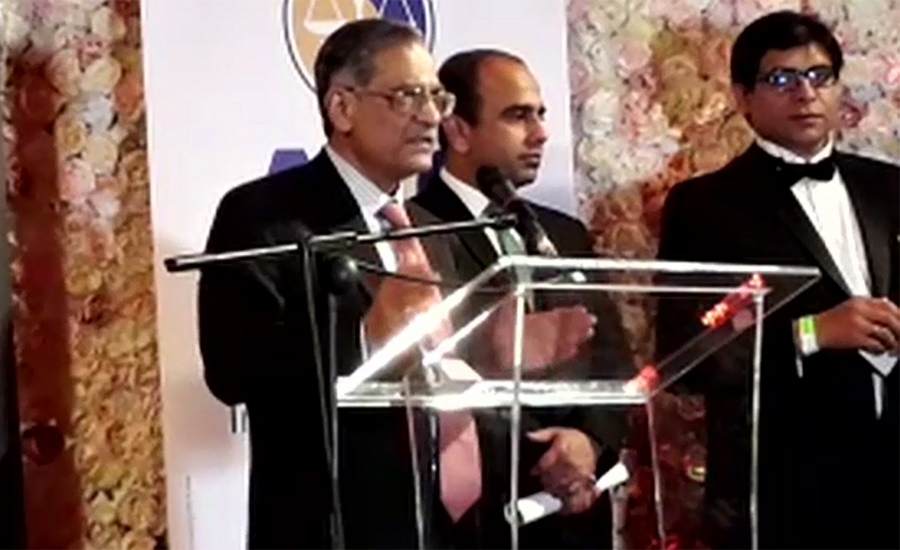 MANCHESTER (92 News) – Chief Justice of Pakistan Mian Saqib Nisar has said that some opportunists cannot stop the construction of dams. Addressing the fund-raising ceremony on Saturday, he said that those looting billions of rupees have not donated for the dams. “More donation will not be required if we managed to get back the looted money,” he maintained. The CJP said that water is a blessing of Allah Almighty, but unfortunately it has not been given due respect. “Pakistan is facing the worst water shortage in the world,” he said. He also announced to donate more Rs 200,000 for the dams funds. Pakistanis enthusiastically participated in the fund-raiser and collected two million sterling pounds. The CJP also announced to start a campaign to control population.