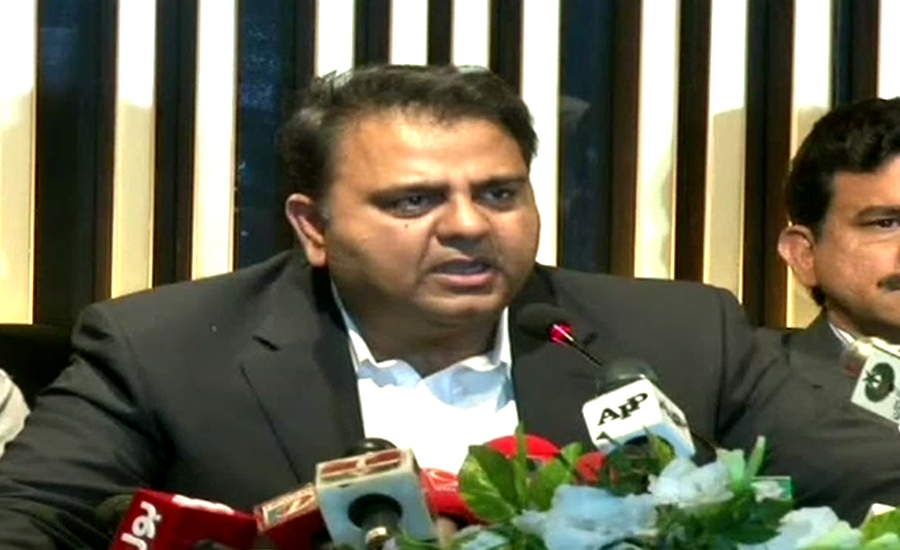 LAHORE (92 News) – Minister for Information Fawad Chaudhry on Sunday has claimed that some people are doing politics under the costume of religion. Addressing a seminar on “Growing Trend of Intolerance and Responsibilities of State” in Lahore, the minister said, “An ideological conflict is not fought with weapons in hand, but on the basis of logic or arguments.” Taking a jibe at on those parties who are linked with the religion based politics, he said, “These people have impersonated under the cloak of religion and to fulfill their own objectives, they create a new issue every week.” Responding to the aftermath of a Supreme Court verdict acquitting Asia Bibi, Fawad said that it was not a crisis of the government, or the state, but a societal crisis. He said those seeking anarchy are devoid of the power of argument. Fawad Chaudhry said Pakistan is facing a thinking crisis, not political crisis. He said the clash of ideas is won by arguments, and not sword. The info minister said situation in Afghanistan directly affects law and order situation in Pakistan. He said that Sufis brought message of love to people. However, terrorists even targeted their mazars and graves. He said several religious leaders got killed during the war against terrorism. – Shahbaz’s appointment as PAC Chairman is illogical – Addressing to press conference, the information minister explained that the appointment of Opposition leader in National Assembly Shahbaz Sharif as Public Accounts Committee is illogical chairman. “How the accountability matter of Nawaz Sharif can be given to Shebaz,” he asked. “If the PAC chairman necessary from the opposition then PPP chairman Bilawal is better option from others,” he remarked. Criticizing at Jamiat Ulema-e-Islam-F (JUI-F) chief Fazalur Rehman, the minister taunted that incumbent government was only in Pakistan’s history functioning without being in an alliance with former. He said, “The agenda of opposition is personal.” To a question, the minister said that the PTI government will restore the prestige of Pakistan at world level. He said menace of corruption cannot be eliminated until the powerful circles are made accountable. To a question, the minister said health cards will be issued to journalists. – PM’s directives are decisive – “Nobody should remain in fallacy that a crisis has erupted within ranks of the party. Prime Minister Imran Khan is our supreme leader and directives issued by him are decisive”, clarified the firebrand minister. The minister termed emergence of trivial conflicts within ranks of party a normal phenomenon.  On financial crisis, Fawad apprised that biggest challenge for Paksitan Tehreek-e-Insaf’s government was balance of payment and it had been resolved. “84pc of the total amount of loan has been taken by the previous governments of Pakistan Muslim League-N (PML-N) and Pakistan Peoples’ Party”, the information minister said.