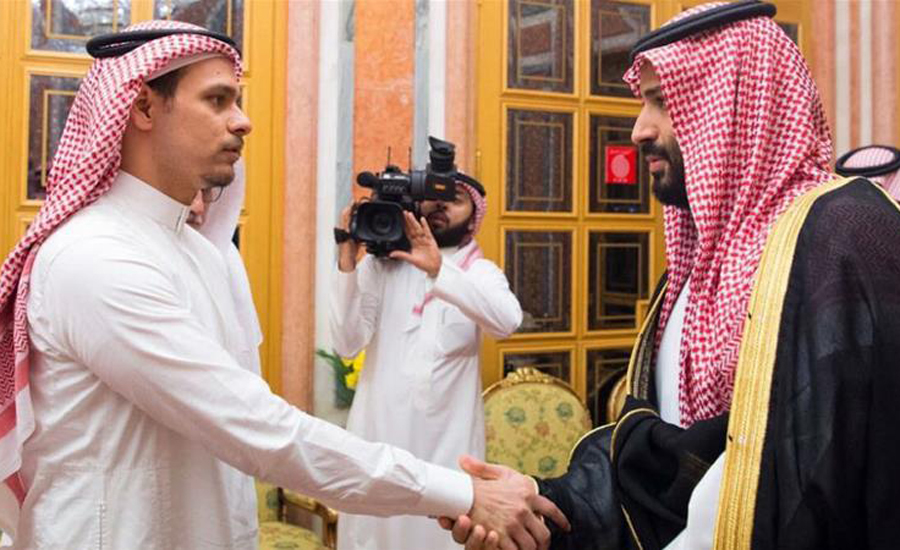 WASHINGTON (Reuters) - The eldest son of murdered Saudi journalist Jamal Khashoggi and his family arrived on Thursday in Washington on a flight from Saudi Arabia, according to two sources close to the family. Salah Khashoggi, who one source said holds dual U.S.-Saudi citizenship and had thus far been under a travel ban, departed Saudi Arabia on Wednesday. The sources provided no further details. Salah Khashoggi’s departure came a day after a meeting at the al Yamama Palace in Riyadh in which he and other family members received condolences from King Salman and his son, Crown Prince Mohammed bin Salman. Turkish officials and some U.S. lawmakers allege the crown prince ordered the operation in which Jamal Khashoggi was tortured and killed at the Saudi consulate in Istanbul earlier this month. A photograph of the meeting published by the official Saudi Press Agency showed Salah, staring coldly at the prince as the pair shook hands.