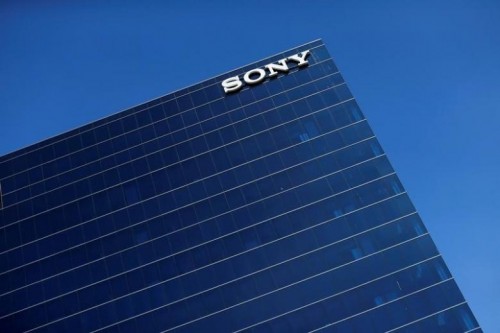 KUAMAMOTO- Sony Corp's image sensor production will return to full capacity in the October-March half-year due to a pickup in smartphone demand, having spent part of the past year running just under full strength, the head of its chip-making subsidiary said. "The business environment for our customers is improving," President Yasuhiro Ueda of Sony Semiconductor Manufacturing Corp said at a news conference on Friday, at Sony's sensor factory in the Kumamoto region of southern Japan. Sony commands about 40 percent of the market for complementary metal-oxide semiconductor (CMOS) image sensors, a type of chip that converts light into electronic signals. The sensors were central to Sony's recovery from years of losses stemming mainly from price competition in consumer electronics. A slowdown in the global smartphone market prompted Sony to cut sensor production in the October-March half of the last business year, but demand has since picked up. Ueda said combined monthly production would rise in the second half of this business year from 70,000 wafers at present to 73,000 wafers - full capacity at Sony's five image sensor plants. The figure excludes outsourced production. He said brisk demand for Sony's sensors also reflects the firm's effort to diversify its client base, noting clients had recently experienced some ups and downs. Sony's clients include Apple Inc and Samsung Electronics Co Ltd. Samsung's first-half mobile profit rose nearly 50 percent on strong sales of its Galaxy S7 phones, but its momentum has stalled due to the recall of its follow-up Galaxy Note 7. Apple meanwhile booked its first-ever iPhone quarterly sales declines, but subsequently enjoyed a stronger-than-expected launch of its iPhone 7. "Our client portfolio is getting less reliant on specific customers, as we are adding Chinese smartphone makers that are recently thriving," Ueda said. He also said sensor shipments from the Kumamoto factory, which was damaged by a series of earthquakes earlier this year, have recovered to pre-disaster levels. -Reuters