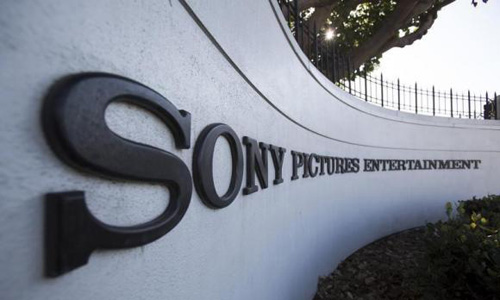 LOS ANGELES (Reuters) - Sony Pictures Entertainment on Tuesday named veteran film executive Tom Rothman, a force behind all-time top-grossing blockbusters "Titanic" and "Avatar," to head its movie studio in a shuffle prompted by the fallout from a cyberattack. Rothman, 60, takes over for Amy Pascal, who suffered public embarrassment after hackers leaked emails she had written to other Hollywood executives. Rothman, who brings expertise in both blockbusters and art-house films, will probably push for more franchise development as he did at Fox, where he launched the "X-Men," "Planet of the Apes" and "Ice Age" movies. Sources close to the company said Rothman would start his new job in the next week or so. Rothman was known for financial discipline when he co-led Fox Filmed Entertainment from 2000-2012. In 2013, he became chairman of TriStar Productions, a joint film and television venture with Sony, and has pulled together a slate of films with directors like Jodie Foster and stars George Clooney and Meryl Streep. While the Sony studio came under pressure a few years ago from activist investor Daniel Loeb because of its flops and high costs, Hudson Square Research analyst Daniel Ernst said the motion picture division was "doing rather well." Ernst said the entertainment arm of Sony Corp would probably not have changed the studio leadership if not for the cyberattack. Rothman will report to Michael Lynton, who will continue to run the Japanese corporation's global entertainment business. His contract was extended for an undisclosed number of years, Sony said in a statement. Lynton had several choices inside Sony for Pascal's replacement, including her deputy, Doug Belgrad, and Columbia Pictures production president Michael De Luca. "Tom’s creativity, strong talent relationships and track record of enduring films and commercial success are unparalleled in this industry and exactly what we are looking for to grow our film business," Lynton said in the statement. Pascal and Lynton announced this month that she was stepping down as studio chief and moving to a production deal on the lot with Sony's financial backing. The executive shuffle comes after hackers launched a devastating cyberattack on the studio in November, angered by the Sony Pictures comedy "The Interview." The movie, championed by Pascal, mocks North Korean leader Kim Jong Un.