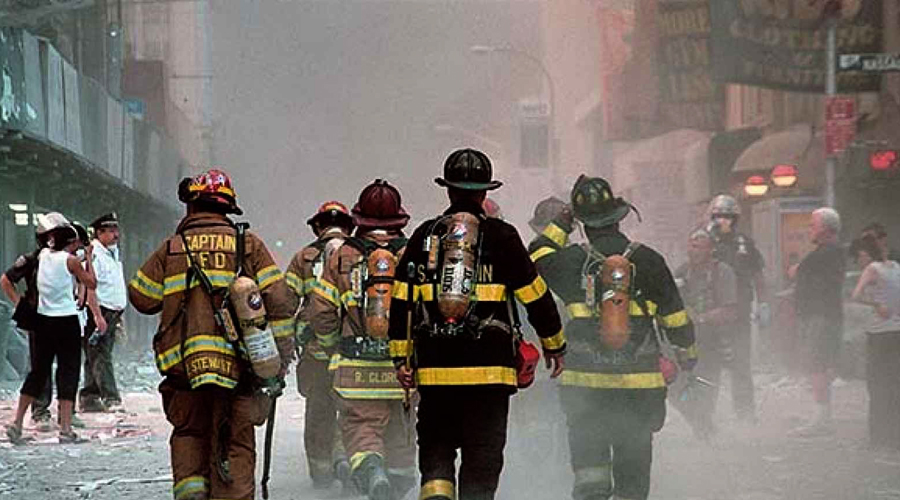 NEW YORK – Fifteen years after the 9/11 attacks, the jury is still out on whether firefighters who worked at the World Trade Center site have increased odds of developing cancer, a U.S. study suggests.
Some previous research has linked working at the site with higher rates of certain cancers than are seen among people who weren’t at the World Trade Center during that time. The current study, however, found firefighters who responded to the attacks in New York don’t appear to have a greater cancer risk than firefighters from San Francisco, Chicago and Philadelphia who were not part of the 9/11 emergency response – with the exception of two cancer types. “Within the first eight years after 9/11 there was no difference in the risk of cancer overall between the two firefighter groups, although the risks of thyroid cancer and prostate cancers were elevated among WTC-exposed firefighters compared with non-WTC-exposed firefighters,” said one of the study’s authors, Rachel Zeig-Owens, a researcher for the Fire Department of the City of New York.
They examined cancer diagnoses from 9/11 through the end of 2009 in state cancer registries.
Firefighters that responded to 9/11 were more than three times as likely to get a thyroid cancer diagnosis during the study period than their peers in the unexposed group, researchers report in the American Journal of Industrial Medicine. Later in the study period, from 2005 to 2009, the 9/11 group was also about 38 percent more likely to get a prostate cancer diagnosis than the firefighters in other cities. The findings mirror previous research that found a greater risk of thyroid and prostate cancers in 9/11 rescue and recovery workers than the general population, Zeig-Owens said by email. But because routine firefighting can expose workers to pollutants associated with cancer, the current research helps to clarify that even within this profession, there may be an excess risk linked to 9/11. It will take decades to know the full extent of the association between World Trade Center exposure and cancer,” Zeig-Owens added. Part of the problem is that not enough time has passed. The study only followed people for a little over eight years and many tumors take decades to develop after people are exposed to chemicals in the environment that can cause cancer. In addition, firefighters are a complicated group to compare to the general population when it comes to cancer risk, said Sandrah Eckel, an environmental health researcher at the University of Southern California in Los Angeles who wasn’t involved in the study. “In general, firefighters might tend to be healthier and more fit then the general population so they could have lower cancer incidence rates,” Eckel said by email. “Or, since firefighters may experience much higher levels of exposure to carcinogens in smoke or debris during the course of their typical duties than the general population, they could have higher cancer incidence rates,” Eckel added. –Reuters