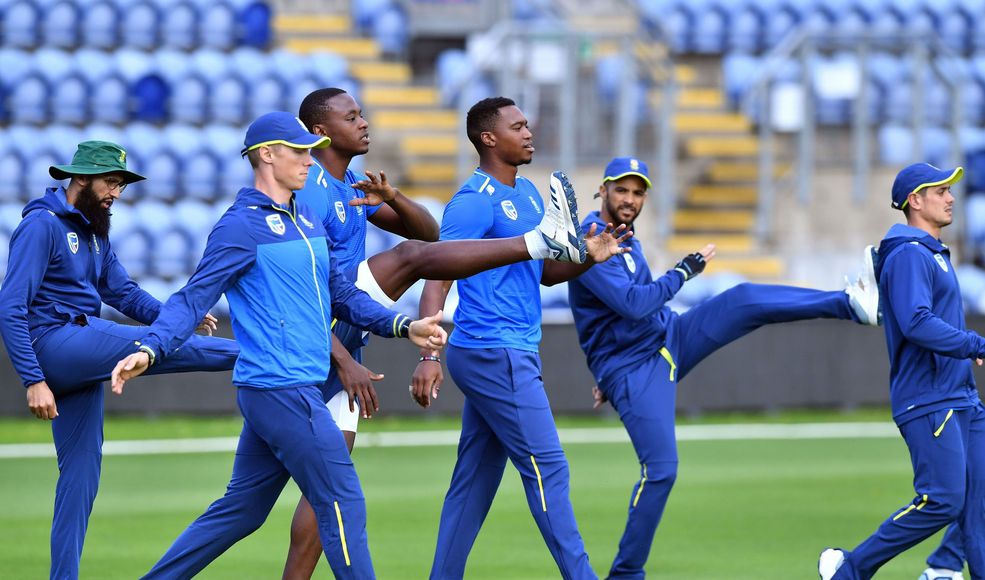 CARDIFF-With no wins against their names so far, both South Africa and Afghanistan will be desperate to get off the mark in Match 21 of the ICC Men's Cricket World Cup 2019 in Cardiff. In lead up to this edition of the World Cup, South Africa – for once – weren't touted as one of the top contenders owing largely to an inexperienced batting line-up. Yet, not many would have expected them to remain winless four matches into the tournament. The semi-finalists of the 2015 edition have so far been outclassed by England, Bangladesh and India, while their game against West Indies was washed out. If they are to retain any slender hopes of now making the semi-final, they will need to make a statement against Afghanistan. The Proteas will be keen to see their batsmen fire. They've faced struggles in almost every game, including the match against West Indies, when they were at 29/2 before play was called off. Hashim Amla's poor run continued as he was dismissed for six by a Sheldon Cottrell short ball. Along with Faf du Plessis and Quinton de Kock, Amla forms the core of the batting unit and it is prudent that he irons his issues out when he faces Afghanistan. With three straight defeats, Afghanistan are at the bottom of the table and with Mohammad Shahzad sent home due to fitness concerns, their batting looks frail. While their bowling has made huge advances, the batting department has remained a problem area. As much as they will want to reverse things around, they will know that the task will be a daunting one against a South African attack featuring Kagiso Rabada and Imran Tahir. Despite their struggles in the tournament, South Africa go into this match as favourites, but Afghanistan will know that they have an opportunity to show that they belong with a win against a team undergoing a particularly troubled patch.-ICC Key players Faf du Plessis (South Africa): The skipper carries the dual responsibility of motivating a deflated team and making big runs. In fact, if he does the latter that will also go a long way in achieving the former. There's nothing quite like a big hundred from the captain's bat to help give the team a shot of self-belief. Rashid Khan (Afghanistan): The guileful leg-spinner will be on the prowl for wickets against an unstable batting order. He hasn't really set the stage on fire with just two wickets from three games, although he didn't have a bowl against New Zealand after getting struck on the helmet by Lockie Ferguson while batting. He has the craft and skill to turn things around though. Conditions Unfortunately, there's forecast for some showers during the initial part of the match, although things are likely to clear up later on. Under cloud cover, one can expect the ball to swing around a bit. Squads South Africa: Faf du Plessis (c), Aiden Markram, Quinton de Kock (wk), Hashim Amla, Rassie van der Dussen, David Miller, Chris Morris, Andile Phehlukwayo, JP Duminy, Dwaine Pretorius, Beuran Hendricks, Kagiso Rabada, Lungi Ngidi, Imran Tahir, Tabraiz Shamsi Afghanistan: Gulbadin Naib (c), Noor Ali Zadran, Hazratullah Zazai, Rahmat Shah (wk), Asghar Afghan, Hashmatullah Shahidi, Najibullah Zadran, Samiullah Shinwari, Mohammad Nabi, Rashid Khan, Dawlat Zadran, Aftab Alam, Hamid Hassan, Mujeeb ur Rahman, Ikram Ali Khil.