South Africa win has put us in good heart: Misbah 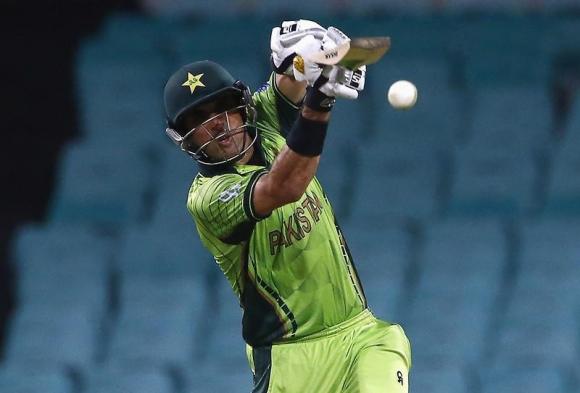 South Africa win has put us in good heart: Misbah

KARACHI - Pakistan's victory over South Africa in the World Cup group stage has given the squad the belief they can topple joint hosts Australia in Friday's quarter-finals, said captain Misbah-ul-Haq. "If we can beat South Africa, who are one of the finest sides, then we can do it against Australia also," Misbah told Reuters in a telephone interview from Adelaide on Tuesday. "The team want to win and I want to win because it is my last one-day tournament and the World Cup is always important for any country especially Pakistan. "We won the tournament here in 1992 and there is a lot of expectation from our people," added Misbah. The skipper, though, said the injury sustained by Mohammad Irfan was a big blow. The left-arm paceman is out for the rest of the competition because of a stress fracture of the pelvis and Misbah hinted that Pakistan may bring in leg-spinner Yasir Shah against Australia. "We have a 15-man squad, everybody is here for a purpose, nobody is in a corner," added Misbah. "You don't know, we may face a pitch or conditions where we just have to put Yasir in." Pakistan picked the spinner for their first match against India but have since relied on a four-pronged pace attack. NO CHANGE Misbah also made it clear he had no intention of going back on his plan to retire from one-day internationals after the World Cup. "No. I think I made up my mind and took this decision considering everything," said the 40-year-old batsman who has hit 5,088 runs in 161 one-dayers. "I took the decision at the right time and will stick to it regardless of what I do in this World Cup." Misbah attributed the improvement in his team's fortunes to renewed confidence and said he never gave up on his players even after they lost their opening two games at the World Cup. "I have never given up hope in my life so how could I give up hope in my last tournament and in this format?", he added. "Everybody knows this team has the ability to turn things around. "I think our belief worked for us and I know after the first two games we needed one good game to turn it around. That's what happened and we won four in a row." Misbah, who has also compiled a total of 3,736 runs in 53 test matches, believes the board should appoint a younger man when he ends his five-year reign as captain. "We should be looking for a younger guy as Pakistan need to move on and give someone responsibility for a long time," he explained. Misbah believes the biggest worry for a skipper is the criticism that comes from the domestic media. "I think everybody knows it is a difficult job captaining Pakistan," he said. "The biggest hurdle I would say...is the media. "Don't just give people negative thoughts about the players and Pakistan cricket. We are not going to make stars or motivate players without the media. "If you keep on criticising all the time it will lead to cricket losing its charisma and people losing interest in it," said Misbah. - Reuters