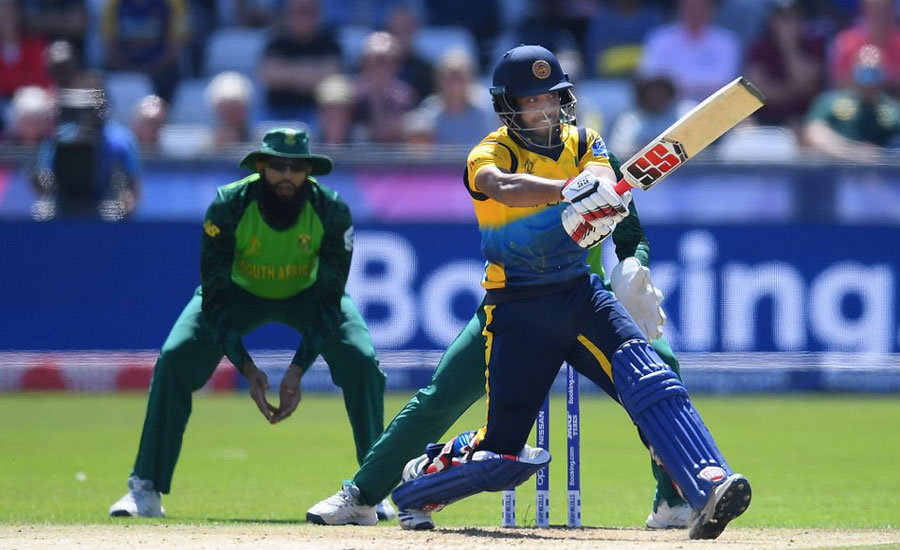 CHESTER-LE-STREET, England (Reuters) - Sri Lanka’s fast start was halted by seamer Dwaine Pretorius as South Africa rallied to limit their opponents to 203 all out at the innings break of their crucial Cricket World Cup clash at the Riverside Ground on Friday. Play was stopped for a few minutes in the final overs of the innings as a swarm of bees invaded the pitch, sending the players and umpires to the floor, but it could not halt South Africa’s momentum. “It was a tough wicket. We just had to be disciplined and luckily that plays into my gameplan,” Pretorius was quoted as saying by the BBC. “I think everyone backs each other well and that was probably our most disciplined performance of the tournament so far. “The wicket looks slightly slow with a big outfield. Good cricket shots, good partnerships and running hard will be key.” Victory would keep Sri Lanka’s semi-final hopes alive and, after overcoming the loss of captain Dimuth Karunaratne in the first ball of the innings, Kusal Perera (30) and Avishka Fernando (30) raced to 67 inside the first 10 overs. But Pretorius (3-25 in 10 overs) picked up both wickets and slowed the run-rate, as South Africa took control of the innings against a nervous Sri Lanka side who retreated into their shell. South Africa, who have already been eliminated from the World Cup, have won 16 of their last 18 meetings with Sri Lanka, including a 5-0 clean-sweep at home in March.