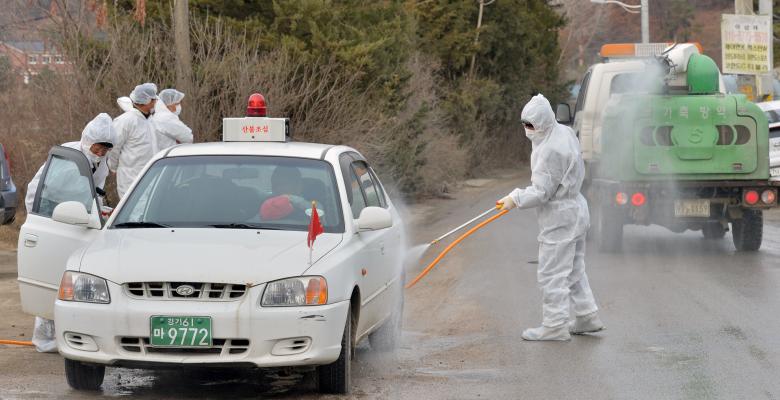 SEOUL - South Korea's agriculture ministry said on Friday a temporary nationwide standstill order for poultry farms and related transport will take effect over the weekend in a bid to contain a wider spread of H5N6 bird flu, a severe strain of the disease. The Ministry of Agriculture, Food and Rural Affairs said in a statement that the movement control order will be put in place for 48 hours, effective from 1500 GMT on Friday - midnight in South Korea. The move comes as the number of cases of the highly pathogenic H5N6 strain rose to six on Friday since the first cases were reported a week ago. About 730,000 birds have been killed to prevent the spread of the disease as of Friday, according to the ministry - under 1 percent of the country's poultry population of 84.7 million. A new case was confirmed at a duck farm in the southwestern part of the country, where 16,700 ducks had been culled as a precautionary measure, according to the statement. Kim Yong-sang, a senior official at the ministry's animal health management division, said six cases were confirmed as of Friday with four other suspected cases still being tested. "We believe infected migratory birds have spread the virus and each case occurred separately," Kim said at a briefing. "Currently we are looking into whether the virus also has been spread between farms." Cases of human infections from the H5N6 virus have previously been reported elsewhere, including China and Hong Kong, with the virus killing at least 10 people in China since April 2014. No cases of human infection have been detected in South Korea. -Reuters