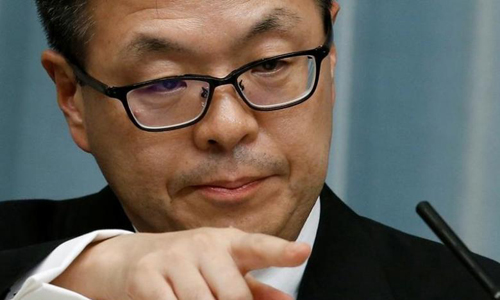 TOKYO- Trade ministers of South Korea, Japan and China expressed concerns over trade protectionism they said has been increasing globally, and promised to take joint action against it. The ministers agreed at a trilateral meeting in Tokyo on Saturday to maintain their countries' free trade stance unchanged to promote steady global growth, a statement from South Korea's Ministry of Trade, Industry and Energy said after the meeting, which was the 11th of its kind. The statement did not detail what joint response the three countries planned to make against trade protectionism. At the meeting Hiroshige Seko, Japan's minister for economy, trade and industry, stressed the importance of free trade and economic cooperation. "It is important for Asia's top three economies to have a cooperative relationship as opaqueness increases in the global economy," Seko was quoted saying in Kyodo News Agency report from a joint media conference with South Korean and Chinese counterparts, Joo Hyung-hwan and Gao Hucheng. Combined, the three countries are responsible for around 20 percent of the world's trade and output. South Korea, Japan and China also agreed to accelerate discussions for a trilateral free trade agreement, Seoul said in the statement, noting it expected an agreement of this kind would contribute to global economic growth. A similar meeting is scheduled to be held in China next year. -Reuters