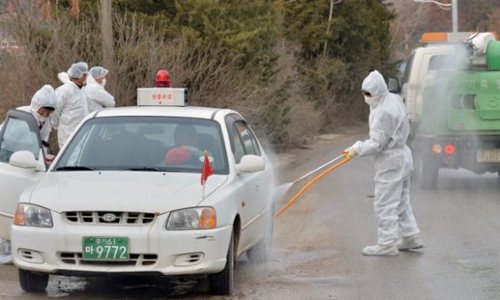 SEOUL - South Korea and Japan have ordered fresh culls of poultry stocks to contain outbreaks of avian flu, authorities in the two countries said.
The South Korean Agriculture Ministry said on Monday it had ordered the cull of an additional 2.4 million birds, taking the total number to a record 18.4 million since the first outbreak of avian flu was reported at a farm on Nov. 18. It has called the outbreak of the highly pathogenic H5N6 strain of bird flu more severe than the H5N8 strain that spread across the country in 2014 and 2015 before being brought under control.
The ministry said H5N8 was also discovered this month in the faeces of migratory birds but has not been seen at poultry farms.
In Japan, authorities on the northern island of Hokkaido said at the weekend that about 210,000 chickens were being culled after bird flu was discovered at a poultry farm in the town of Shimizu. It is the fifth reported outbreak in the country since the end of November. Nearly 800,000 chickens have been culled since then. Parts of Europe and Israel have also been hit by the H5N8 virus. About 30,000 turkeys and ducks were culled in Germany over the weekend while France has widened high-risk restrictions to the entire country after the detection of several cases of the H5N8 strain in farms. A case of H5N8 bird flu was also reported on a farm in Britain on Friday. -Reuters