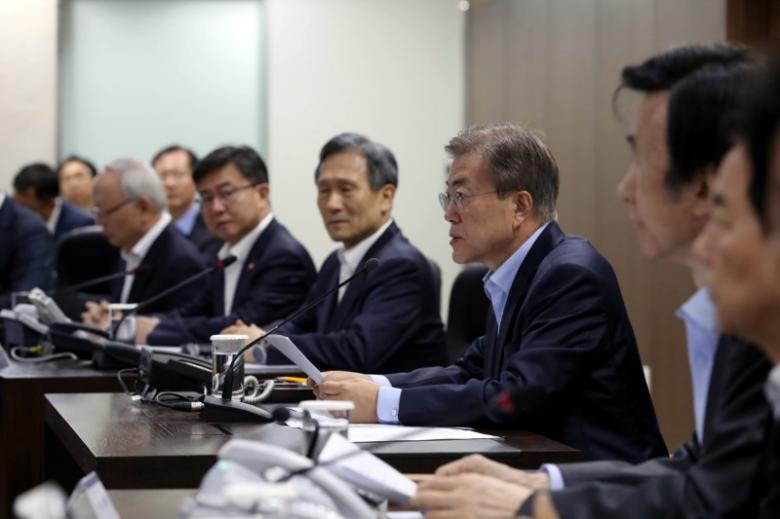 SEOUL - South Korea said on Monday it will send special envoys to the United States, China, Japan, Russia and Germany to establish firmer ties as tensions mount on the Korean Peninsula in the wake of a missile launch by North Korea over the weekend.

The envoys will meet with high-ranking officials to explain the new South Korean government's policy plans and exchange opinions on how to develop bilateral relations, the presidential Blue House office said.

Former prime minister Lee Hae-chan will head to China. It's a role he has taken on before for former President Roh Moo-hyun.