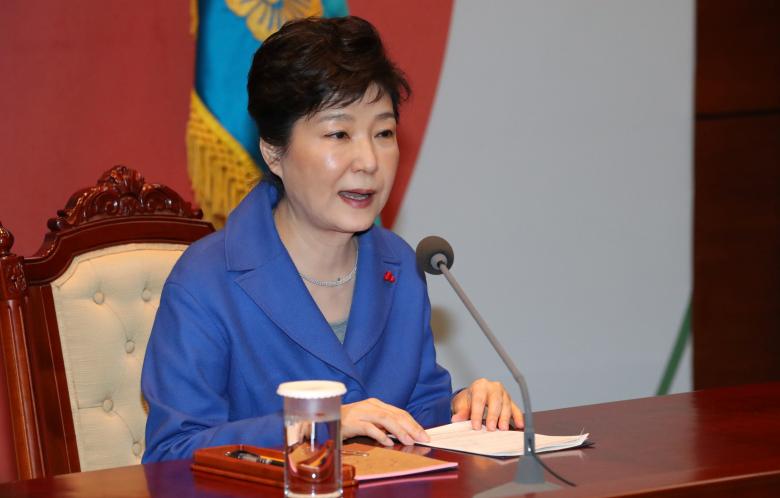 SEOUL - The impeachment of South Korean President Park Geun-hye by parliament has no legal basis and should be struck down by the Constitutional Court, lawyers representing the embattled leader engulfed in a corruption scandal said on Friday. Park is unlikely to appear in the Constitutional Court for hearings, one of her lawyers told reporters. Parliament passed an impeachment vote on Dec. 9 and her powers have been suspended until the court reviews and rules on the motion, which can take up to 180 days. -Reuters