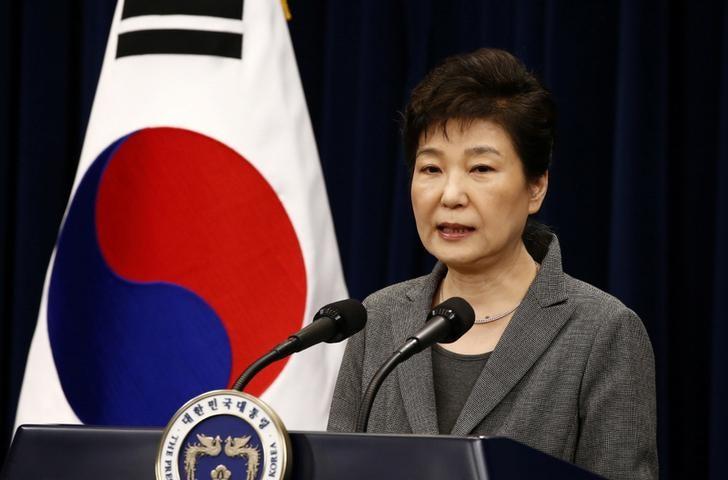 SEOUL - South Korea's parliament introduced a bill on Thursday to impeach President Park Geun-hye, setting in motion a vote to oust the embattled leader engulfed in an influence-peddling scandal. Parliament is expected to vote on impeaching Park on Friday and opposition parties have said they believe they will get the two-thirds majority needed to pass the bill. If the motion is passed, it must be upheld by the Constitutional Court, a process that could take months. Park, 64, is under intense pressure to resign immediately, with big crowds taking to the streets every Saturday calling for her ouster. Her approval rating is at a record low of 4 percent. She would be the first democratically elected South Korean president not to serve a full five-year term. Park is accused of colluding with a friend and a former aide to pressure big business owners to pay into two foundations set up to back policy initiatives. She has denied wrongdoing but apologized for carelessness in her ties with the friend, Choi Soon-sil. A vote has to be held within 72 hours of the introduction of an impeachment motion and the speaker of parliament, Chung Sye-kyun, asked for a vote on Friday. -Reuters