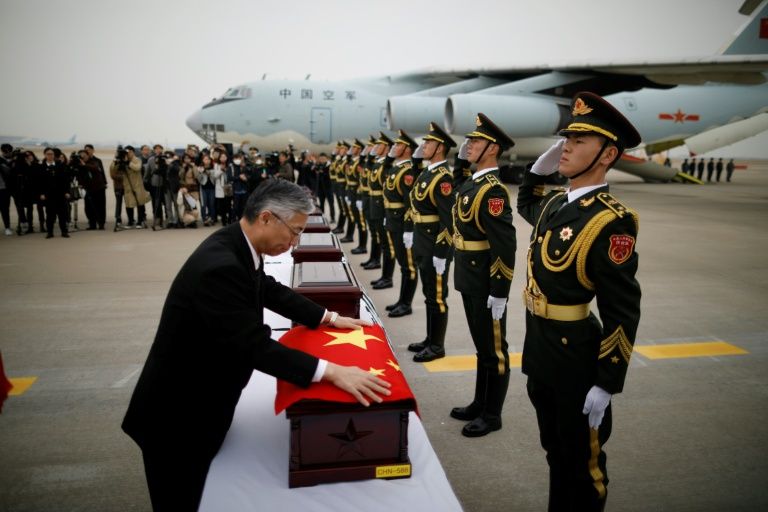 The transfer brought the total number of Chinese remains repatriated since a 2013 agreement to 589.

The repatriations took place ahead of China's annual Qingming -- tomb-sweeping -- festival, when many people visit and clean the graves of their ancestors.

An estimated three million Communist Chinese troops played a crucial role in support of the North during the 1950-53 conflict, known in China as the War to Resist US Aggression and Aid Korea.

They saved the North from defeat as US-led United Nations forces drove Kim Il Sung's army back towards the Chinese frontier in late 1950, before the two sides ended up in a stalemate along what is now the Demilitarized Zone dividing the peninsula.

Casualty figures remain disputed but Western estimates commonly cite a figure of 400,000 Chinese deaths, while Chinese sources give a death toll of about 180,000.